What are we going to do with Florida’s old people?

Given our graying population and rising sea levels Florida should be the role model for managing old people and coping with flooding backyards. We aren’t, though in fairness to Florida, neither is any other state.

Americans — outside of deep-thinking tank people — don’t talk about what the heck we are going to do with millions of old baby boomers arriving at the threshold of decrepitude with little more than a slimmed down Social Security check and an out-sized, erroneous belief that Medicare covers nursing homes.

Not that this should come as a surprise. Born between 1946 and 1964, 76.4 million baby boomers came of age believing they’d never get old, that trusting anyone over 30 was heresy and that because they were so special, there’d always be someone around to take care of them. 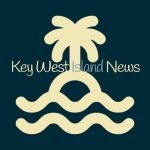 Boomers are the “me generation.” What’s good for one outweighs what’s good for the group, and if that means I get mine and you get nothing, well, too bad for you. It’s an rigid, righteous, reactionary attitude that’s fueling the anger in the 2016 election cycle, though that and sea level rise are stories for a different day.

Let’s stick with this old people theme for now. Florida knows old people. We’ve known old people since the 1930s when retiring in the Sunshine State became a “thing.” With the passage of the Homestead Exemption Act in 1934, followed shortly thereafter by Social Security checks in 1940, Florida ramped up tourist development and real estate developers paved over the Everglades.

Down came grannies and grandpops, shucking off the boots and coats of Midwestern winters and pulling their Lucy-and-Ricky-Ricardo Airstream trailers. A winter turned into a lifetime and Florida aged as rapidly as a Smithfield ham.

Florida is already considered the oldest state with 15 percent of its population 65-plus. Only Maine, Pennsylvania and West Virginia come close. By 2025, 26 percent of Floridians will be 65 and older. The Villages, that stunning planned community of exotic golf carts and 24-7 entertainment for well-heeled boomers, is the fastest growing city in the state.

Seven in 10 boomers will need long-term care and 40 percent will need long-term nursing care. Neither Medicare nor private-pay medical insurance cover that so unless Florida boomers have bottomless bank accounts or kids with the will and the skills, there’s not much good news.

Actually, it’s worse than that. There is no good news. It’s all deplorably, horribly, depressingly bad news. We could start building old people barracks today and still not be able to house and care for the old boomers banging on the doors. Anyone who has tried to find a place for an elderly parent in the past five years knows how bleak things are.

Key West is a city of aging boomers. We are the backbone of the arts and culture communities, the volunteer and nonprofit boards, the places of worship. We pack the restaurants, marinas and fundraisers. And whether they were born here, arrived in the 1970s and stayed, or bought in a year ago, these boomers know one thing for sure: They are going to have to move “when the time comes.”

The health care, especially the kind that comes with assisted living and nursing homes and Alzheimer’s centers, does not exist in Key West. Public facilities are extremely limited; there are no private “retirement” centers; the closest big-city specialist care is in Miami, four hours away.

Unless one has the funds to pay for private home care or has a family-and-friends support network, there is only one choice for Key West’s old boomers: move.

Over the next decade or so that will change the face of Key West in ways we’ll be hard-pressed to recognize. That’s a lot of people, a lot of community and institutional memory and a lot of money that will leave the island, creating a void unlikely to be filled by Millennials or Xers, who can’t afford to buy in and for whom Key West is not a lifestyle choice.

It may not matter. About the time the last Key West boomer turns off the lights long about 2050, the island could be flooded almost to Solaris Hill. Sea level rise, remember?

Linda Grist Cunningham is editor and proprietor of KeyWestWatch Media, a digital solutions company for small businesses. And, yep, she’s got a plan for getting out of town “when it’s time.”