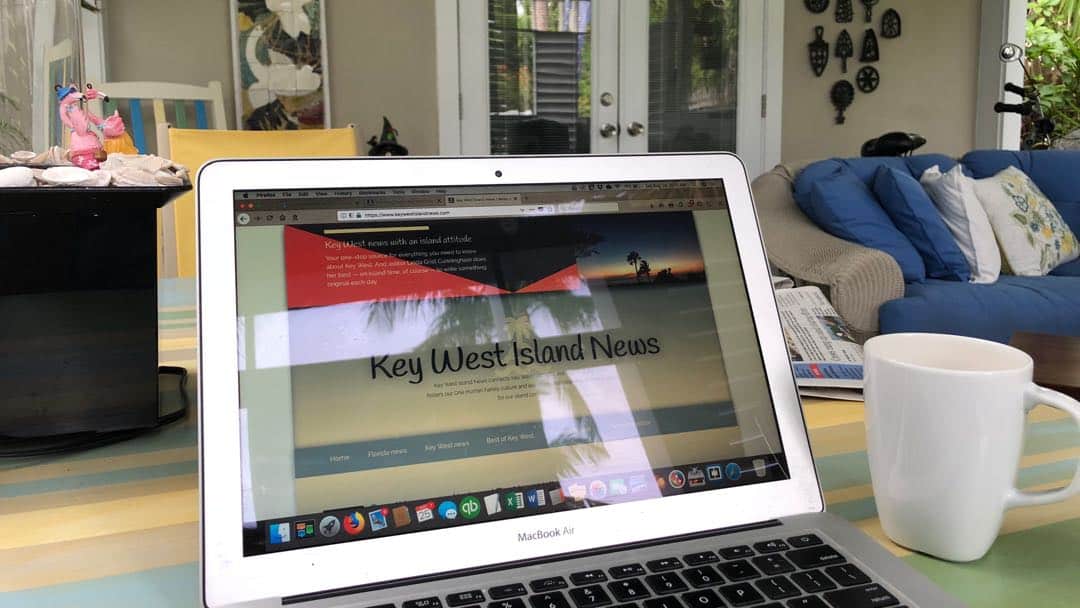 From the porch | Riding with the cops, empty Duval stores and kittens

Crafting queen of the nut graph. That’s what I’ve become. A decade of writing Facebook and Twitter posts with their strict character count restrictions has disciplined me to wrap up the news, context and emotion into two or three sentences.

That coupled with my attention span of a gnat means I’ve all but forgotten how to do long-form writing. But, let’s be honest here. I sometimes don’t care all that much either. And, some things, while deserving of a passing comment, don’t need a thousand words of explanation. So, I write a nut graph or two and get back to my morning cup of coffee.

Which got me to thinking. Let’s experiment with a different kind of writing. Something that riffs off a daily journal. I’m calling it From the Porch. From the Porch is an island-time collection of what’s got me thinking today. Might be personal, local, or, when I can’t help myself, political. A few sentences. Done. Back to the coffee — or as is the case today, getting the groceries before I do my Key West Ambassadors ride along with the cops tonight.

The City of Key West does this thing called Key West Ambassadors. It’s 14, three-hour classes that boil down to teaching 25 or so folks at a time the civics of running a city. I’m in Class 30, so that tells you something about its popularity. Those are hours well spent. Tonight is the required ride along with the Key West police officer.

I picked a Saturday night because if one really wants to see the “good stuff,” there’s nothing like after hours on Duval. But, I’ll admit, it’s been a long time since I was a reporter on the cop beat.

Someday I’ll share the videos from our field trip to the Key West sewer plant. Talk about the 30 crappiest jobs on the island!

Mandy Miles of the Key West Citizen confirmed in today’s newspaper what most of us have suspected for months: Hurricane Irma’s after effects are likely going to be more hurtful to Key West than the marketers would have us think. There are more than a dozen storefronts empty and there are several highly recognized businesses for sale: Lupita’s Mexican Restaurant, Mangia Mangia, Shanna Key Irish Pub, Grunts and Croissants de France.

Rents have gotten so expensive along and around Duval that locally-owned businesses simply can’t make the rent payments with the limited cash flow from low-spending cruisers and day trippers. Let’s be honest. Visitors who can eat on their cruise ship or out of their bus-bound coolers aren’t going to spend money in Key West restaurants. Sure, there are folks doing the Duval Crawl, but they’re not doing the kinds of retail shopping, entertainment and dining that keep local businesses solvent.

Buy a t-shirt for five bucks? A monster cookie? A couple of drinks? Maybe. But spend real money? Nope. And that’s the kind of visitor we’re getting these days. Folks looking for an after-Irma deal, a discounted meal and a couple hours wandering around. What with the removal of housing into the second-home investment and vacation rental pools, the escalation of residential and commercial rents and the breakdown of a skilled workforce because they can’t afford to live here, the island is facing some significant challenges — with no leadership in sight from the city commission et al.

I wish I didn’t feel so cynical, but I’m not seeing an upside.

Going to the grocery store. Five decades ago my mother told me food was going to cost more where we were living because it had to be “trucked in over the mountains.” Today it’s about trucking it down the 150 or so miles from the mainland. Add 10-15 percent to your mainland grocery bill. Maybe more. Who knew summer squash could cost eight dollars…..

Foster kittens. We have two foster kittens who are ready for adoption into their forever families. We love the babies and hate to take them back this weekend. Check with the Florida Keys SPCA for details.