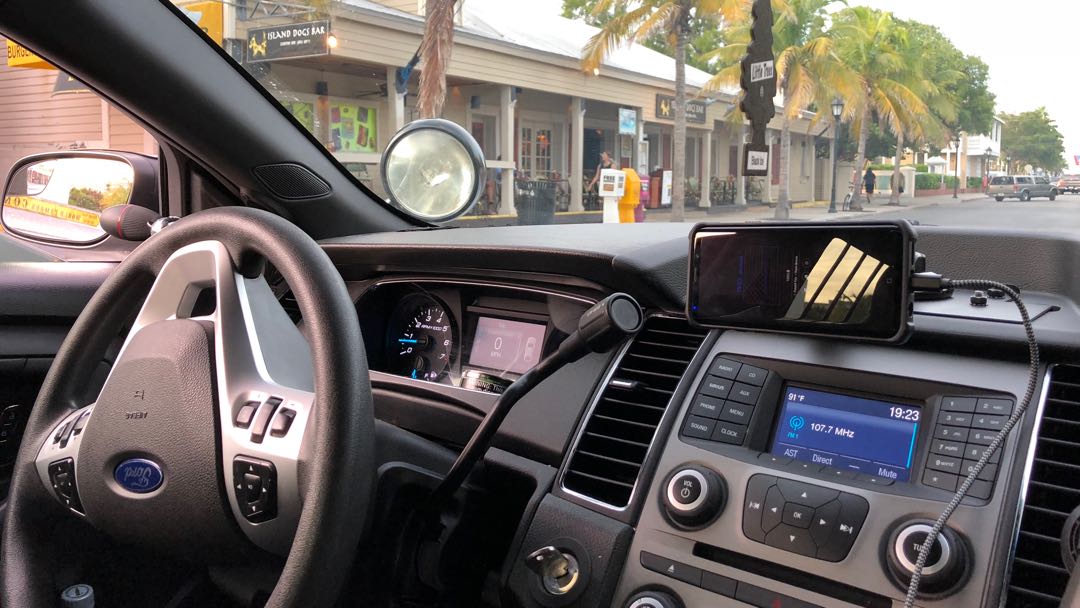 Key West is going to sink under the tourist car invasion

The refrigerator magnet reads “When you live on an island, expect company.”

It’s late Friday afternoon and I’m trying to cross Truman AKA U.S. Route 1 at Mile Marker 1. Traffic to the left of me. Traffic to the right. No end on either side. Cars are backed up to Duval at one end and the “Welcome to Key West” sign on the other. Miles of tourists, two to five a car, and a handful of locals wishing they were home or wheeling down the Publix aisle.

There is one empty parking spot in Key West on Friday nights and these cars will drive round and round in a automotive game of musical chairs. Key West has too much company and we’ve not a clue how to manage our guests.

We’re wringing our collective hands over sea level rise and climate change — which are, without doubt, going to do us in a hundred years from now — while doing nothing to rein in the millions of tons of gasoline-charged, bar coded tourist vehicles that have turned Key West streets into a year-long land cruise.

We fret about cars in Key West. On a two-by-four square mile island with one way in and out (excluding boats and airplanes, of course), locals can make do with one car per household. We do occasionally make the trek to the mainland or the Key West suburbs, which is what my neighbor calls Stock Island, two miles up. Bikes, trikes, scooters and feet fill in the gaps.

The by-sea and by-air tourists don’t need cars, but apparently no one tells them that. Instead, they land at Key West International airport or dock and fast foot it to the rental car desk for that most desirable blaze orange mustang convertible with its telltale bar code, drive 1.6 miles to the vacation rental, spend an hour in search of a parking place, illegally park it in front of my driveway or pay through the nose for a garage and never move it again for the duration.

Key West traffic is abysmal and that makes it exactly like any other over-stuffed tourist town. Locals check the cruise ship and daily events schedules the way mainlanders check the weather report. Any signs of disturbance and we avoid downtown. We time our grocery and errand runs to the days the vacation rentals are not on turnovers. (Heaven forbid one should venture out on a Saturday or Sunday between 10 a.m. and 3 p.m.)

Key West hates tourist traffic and we hate that we are so dependent on day trippers from the mainland, fanny-packers from the cruise ships and winter-worn passengers on the planes. But, there you go. We are. To the tune of tens of millions of dollars a year. Tourists are this island’s mainlined drug of choice.

But surely we could do without their cars, too?

Over the past year, the city has taken to marking more than half of the neighborhood parking spaces as “residential only.” Residents buy a $10 annual sticker so they can park in one of those spots.

In some ways, it’s helped. In others not so much. Tourists ignore the warning because they know they’re unlikely to get towed or ticketed. And, with fewer “y’all come” spaces in Old Town, tourist cars range farther from the center of action and into the surrounding residential neighborhoods. Come this time of year, my usually empty street is filled both sides. And, yes, I swear when I come back from Publix and Strunk’s Hardware and have to off-load a block away.

What to do? How about we get some political gumption and do the Disney World thing? Park all incoming, non-local cars and buses up the Keys a ways — as close as Stock Island — and provide round-the-clock, every-10-minutes jitney service into and around the island. Free.

Heck, give ’em a margarita. But keep the cars off the island.

Linda Grist Cunningham is editor of Key West Island News and proprietor of KeyWestWatch Media, a media management company, and a former newspaper editor. Her household has one car, two bikes, a motorcycle and five cats.