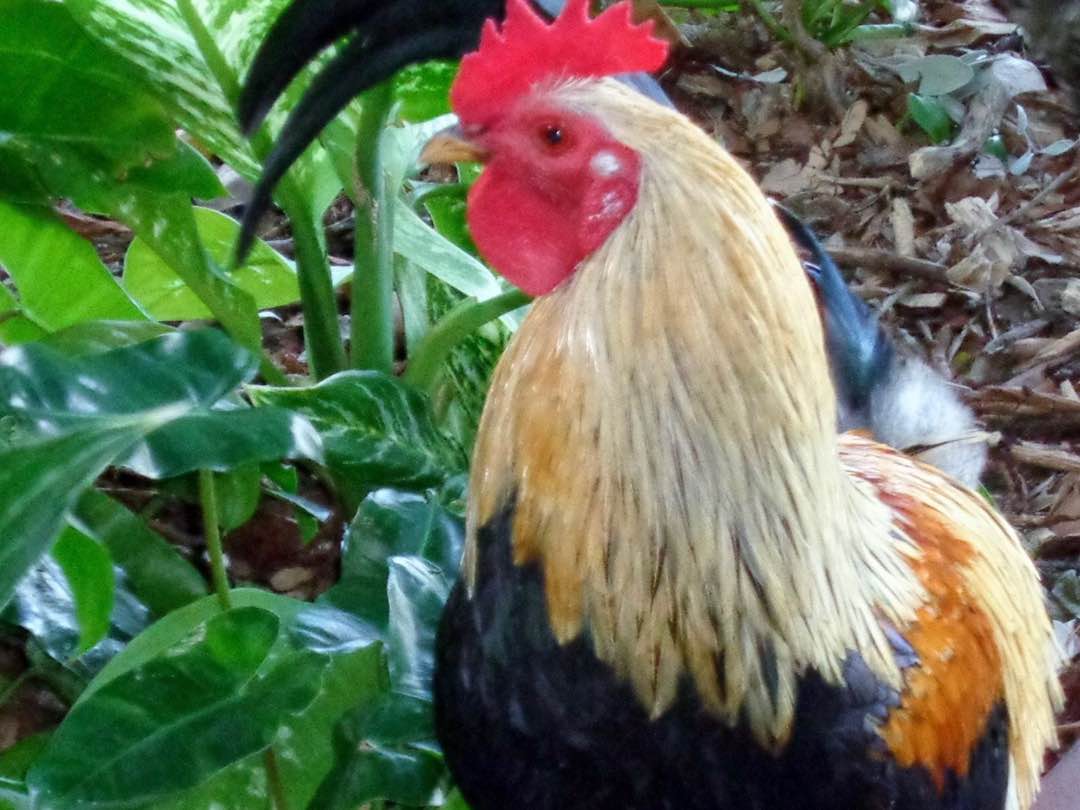 The chickens of Key West: Disney couldn’t do better

If Disney did chickens, they’d be Key West chickens.

Arrogant, independent, decidedly territorial, and, OK, cocky, Key West’s 2,000 or so chickens — though who’s counting I can’t imagine — rank up there with the six-toed Hemingway cats as tourist magnets and the scourge of locals wanting to sleep in.

Perfectly sane, sophisticated urban-dwellers fresh off a cruise ship or down for the day coo over the chickens and pull out their smartphones for a quick snap. Perhaps the only chickens they know come with bar codes? The Key West chickens are the quintessential “hey, Martha, look at that” moment.

A visiting friend did a double take one night at dinner at Blue Heaven. “That thing’s alive,” he whispered, watching one of the resident chickens scratch around under an adjoining table. “It’s not one of those Disney re-creations, right?”

Indeed, no; not a re-creation. Key West’s chickens do things a Disney chicken wouldn’t consider. The roosters crow all day. The chicks get smashed on the pavement by cars and scooters. They nest in trees, and they, well, drop their business inside your convertible.

The Cubans of a century ago brought the chickens in for food and fighting. Another bunch arrived in the 1950s when revolution in Havana displaced chickens and people alike.

When grocery stores and bar codes replaced the live versions and cock fighting was outlawed (at least on the law books), the Cuban chickens met up with the domestic ones and love happened. They remain food for some, but mostly Key West chickens roam paradise at will.

Locals love them and hate them in equal measure. One summer, just after a clutch of chicks were old enough to follow mom on a foraging venture, I watched an elderly woman in her nightgown with white hair flying in the wind run into the street, screeching “shoo, shoo, get out of here.”

Mother and chicks simply looked at her and went back to scratching for breakfast.

When the foul population gets a bit out of hand, the city attempts to round them up for relocation. It’s a waste of resources, but it soothes the chicken haters who think “something must be done.” When hurricanes come, the chicken lovers bundle up the ones they can find in newspapers and cart them to safety for the duration. The ones they can’t find, well, miraculously, a whole mess of them seem to find shelter and come out clucking just fine.

Some do get displaced. Back in 2017, just after Hurricane Irma, two roosters we’d never seen before spent a few weeks in our yard. Pretty sure they’d floated or blew in during the storm. They hung around for a while then took to the streets and disappeared.

It’s still illegal to kill the chickens, even if you’re planning a Sunday dinner — despite the running local joke that the reason Dion’s has the best fried chicken on the island is because, well, local chickens. Let me say it again; that’s a local joke. The Key West Wildlife Center takes care of the feral chickens, rescuing, rehabilitating and relocating as best they can.

Mostly though the chickens co-exist with the locals and the tourists, pose for pictures and meander out of the street — eventually. I leave for errands early because the resident flock on my office block tends to have breakfast in the middle of the street.

Who am I to interrupt?