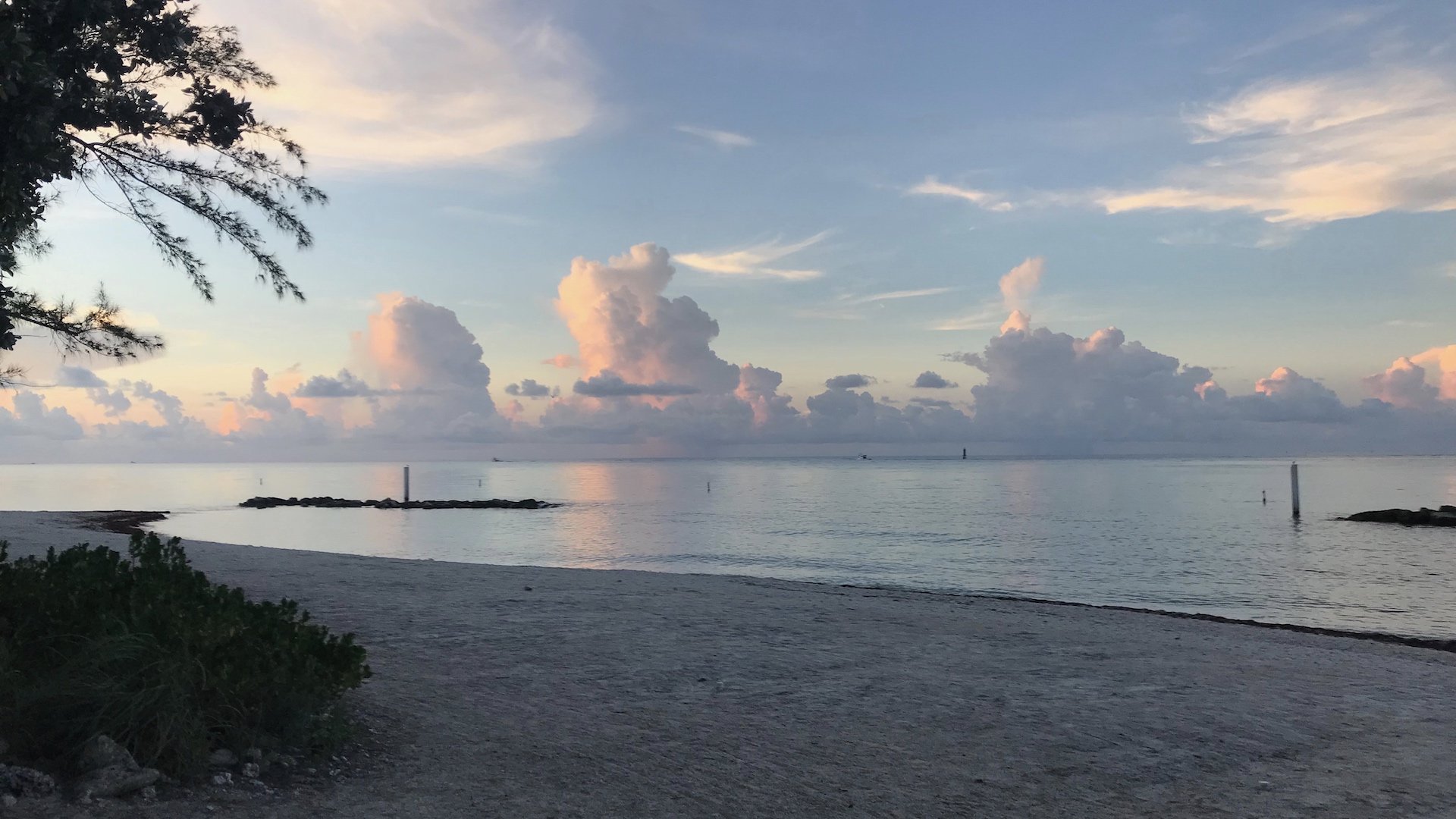 The best Key West beaches? They’re in the Florida Panhandle

Coming to Key West for a beach break? Please. Don’t.

If you’re hunting great Florida beaches, head for the panhandle. Or the gulf coast. Or, maybe, depending on the way the wind is blowing and the sargassum flowing, you can try historical tourist meccas like Daytona, Fort Lauderdale, Miami. You might even have some luck at Bahia Honda in the Middle Keys. But, for heaven’s sake, don’t come to Key West for the beaches.

I know. I know. You’ve seen those marketing ads with glorious white sand stretching forever, rimmed by crystal clear water sparkling in the sun. Those are not in Key West. Might be a nearby off-shore island or sandbar at low tide. Might even be what I call a “tarted-up” section of Smathers or Higgs.

I’ll be blunt. Pick somewhere else. You’ll be disappointed in Key West’s beaches if you thought you were going to get a stereotypical tropical island paradise. I’ve got friends who visited one time and said never again. They’d spent weeks looking at advertising brochures showing magnificent beaches cheek-by-jowl with Duval Street. They’d planned every day to start with a short stroll out the front door, onto the beach and into the sunrise in peace and solitude, only to find they were crossing three lanes of South Roosevelt, climbing stairs to Smathers Beach, sharing the sand with countless others, listening to the island’s locals head for work in their autos and trucks and wondering whether they could get in a quarter mile jog before the beach ended.

Don’t get me wrong. I love Key West’s beaches. Especially Fort Zachary Taylor State Park on the island’s western tip. Our beaches are well-maintained, safe and perfect for a family outing or just sitting on the sand and watching the horizon. The summer sargassum challenges aside, Key West beaches are fine. But they are not what first-timers expect. For those beaches, go north. Go anywhere except here.

What should you expect?

No waves. Key West is protected on the ocean-side by the Great Florida Reef, the third-largest coral reef in the world. That barrier reef absorbs wave action and keeps the Atlantic inside the reef almost as quiet as a lake — except in hurricanes, of course. Don’t plan on surfing — board or body. The reef is located inside the Florida Keys National Marine Sanctuary; and, it’s deeply in danger. Reef Relief, a local not-for-profit advocacy organization, is one of many working to protect and restore the reef.

Limited sand. No waves, remember? So, no naturally occurring sand. Every grain of sand on our beaches comes from somewhere else. We truck in sand every year (when there’s money to spare) to every beach. And that makes our beaches lovely, if small. Until the next big storm washes it out to sea. That happened at Fort Zach right after Hurricane Irma in September 2017. Irma took out most of Zach’s beaches, so the state paid for about 150 truckloads of white, sugar sand. For about three weeks, those beaches were glorious. Until a pretty routine storm barrelled in and washed the pretty stuff out, leaving Zach with its usual “cliffs” down to the water’s edge — and requiring a return of water shoe wearing.

Water shoes. Yep, it’s a good idea to bring along some old sneaks, flips or water shoes, especially if you’re going to do a beach day at Fort Zach. Remember that coral reef? And the trucked-in sand? Well, that means there’s a ton of crushed and broken coral along the water’s edge and walking on it barefoot is unpleasant. Though, I will say I’ve watched toddlers and teenagers blithely traversing the coral without wincing. Lucky young feet. Anyway, those in the know wear a pair to water’s edge, ditch them and head into the water. Once in the water, the bottom is sandy. And, don’t worry. No one is going to steal your beach shoes.

Your walk along the beach. It’ll be short no matter which Key West beach you pick. Smathers has the longest straightaway. And, you can always wander virtually around the entire island on the boulevard walk-bike path with water always to your right or left; we are an island; just saying. Don’t expect peace and quite; the boulevard is one busy three- and four-lane highway.

Waterfront houses and resorts. OK, so a bunch of Key West hotels and vacation rental houses market themselves as waterfront, beach side and ocean views. Don’t be fooled. An ocean-view might be across four lanes of North Roosevelt. Pretty, for sure, but hardly what one might typically expect. Same with resorts and vacation rentals. You might find water out your door — but it’s unlikely to be vast expanses of private beach. If you know your Key West history and geological science, that’s no surprise. We never had open, sandy beaches to start with and we were always (and remain) a working island. So we built businesses right on the edge of the water along the rim of the island and we used every square inch. There were no 1000-yard sandy setbacks like you’ll find along other Florida coasts — and certainly nothing like waterfront McMansion vacation rentals along the Outer Banks of North Carolina.

Sargassum. I’ve written about this recently, so I’m not going to rehash it here. Just know there’s seaweed along our beaches all year long. Less in the winter when the water is cooler. These days there’s sargassum on beaches from the Keys and Miami to Maine. Ditto the other Caribbean islands and Mexico’s gulf-side resorts. In short, you’re unlikely to escape sargassum completely. Although, for the moment, the Florida Panhandle and gulf-side beaches seem to be unaffected.

Come to Key West. By all means, this IS the magical island of your imagination. Oh, the long-timers and even we 10-year folks complain that things just aren’t the same. Well, duh. They’re not. Not anywhere. But I believe there is really something called the Key West Mystique.

Key West is a state of mind; one either loves it or doesn’t. There’s no in between. I believe that whether you were born here, first met Key West in 1970 or arrived but a few weeks ago, those who love the island will never stray far. Preserving and enhancing that Key West mystique sustains our island home forever.