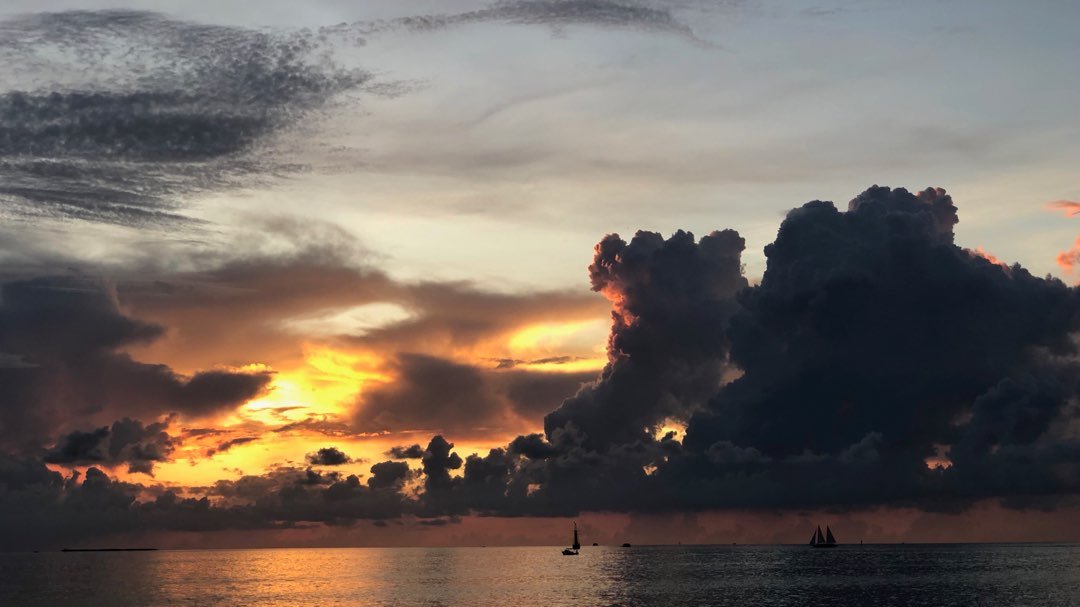 Who we? Worry? Why Key West should pay attention to Hurricane Dorian

Did you hear that collective sigh of almost-relief across Key West this morning? That’s 25,000 or so of us diving into the overnight and 5 a.m., updates from the hurricane center. Looks like, maybe, almost, sorta that Hurricane Dorian’s outer cone will skirt the Upper Keys and leave the rest of us to some rain and wind, maybe a tropical storm — but not a hurricane.

The overnights were good news for us. For now. Not so good for the Upper Keys. For now. Way awful for the “real” Florida up on the mainland. For now. We know Dorian’s out there. We don’t know whether, when, where or how bad. As a recent Facebook meme said: Awaiting a hurricane is like being stalked by a turtle.

We think, for now, that Dorian will skip Key West. Does that mean we’re in the clear? That I can dig into the hurricane supplies for dinner and toss the seven-gallon water jugs? That Labor Day picnics at Fort Zachary Taylor State Park are still on? That we should do some mainland advertising telling folks to come on down to a “safe harbor” in Key West? 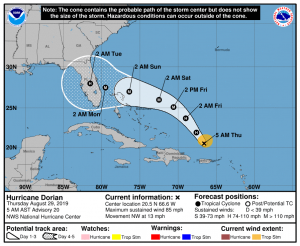 Key West could dodge a full-own Hurricane Dorian and watch from the sidelines as the storm rips through mainland Florida and heads up north into Georgia. We might have glorious sunny days with a stiff breeze, happy hour(s) preserved and tropical paradise secured, safe on our island 163.8 miles from the mainland.

Except, what just happened to my air conditioning? My cell phone dropped its connection. And, my water pressure? Crikey. The ice maker isn’t working either. A hurricane of Dorian’s potential could isolate Key West and her up-the-Keys neighbors in short order.

Key West is at the end of two utility umbilical cords (three if you count cell and internet service) extending from the mainland through the Keys and ending in Key West — thanks in great measure to the U.S. military in the mid-century modern era. That’s generally a wonderful thing because the water is clean and the power reliable, which wasn’t the case even a couple decades ago.

Pretty much the trappings that lull us into thinking Key West ISN’T an isolated island in the middle of the ocean are gifts from the mainland. A tie-line goes down in Key Largo and the whole island chain loses electricity. A water pipeline springs a leak up north and my faucets dry up. No water, no electricity and the sewer backs up. A cell tower blows down and there’s no satellite, no telephone, no internet. No running of credit cards. No gas pumping. And, heaven forbid, Dorian takes out one of the Upper Keys bridges. There’d be no way to get down here by car. PS: Don’t bother thinking AIRPLANE. No utilities mean a closed airport.

In short, if Dorian does nasty things in real Florida, Key West will tag right along. That’s why we take hurricane preparation seriously even when the forecast says we ought to be OK this time.