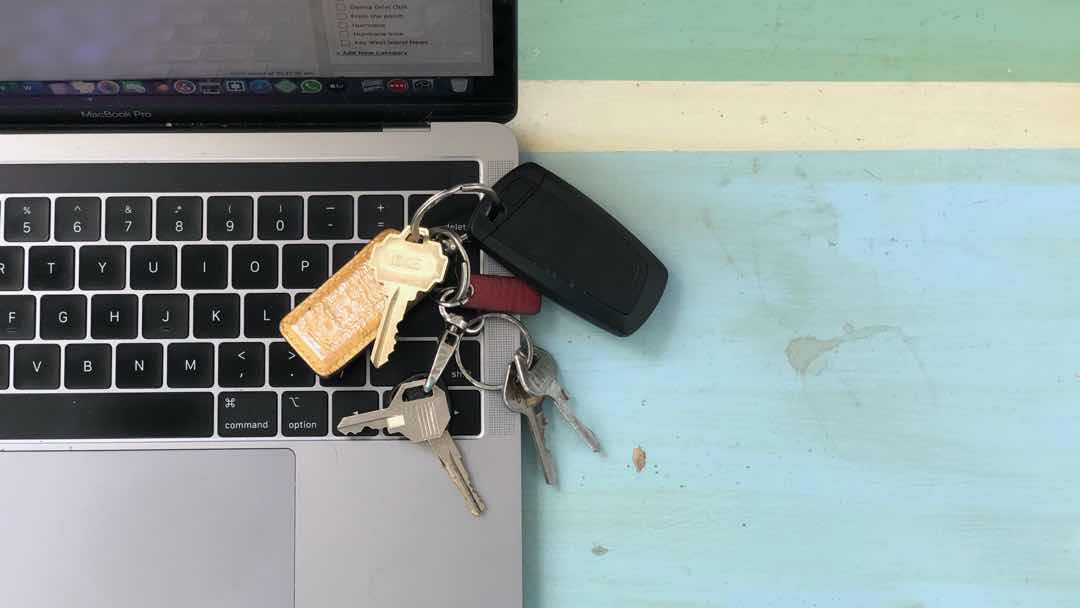 First, let’s get this right out there: There was no alcohol involved, so don’t bother with the jokes and eye-rolling. Second, there’s no video and I forgot to take a picture, so there’s no proof. Third, this is one of those sappy, happy stories; enjoy and be thankful for good folks.

My morning started at 4:45 with an alarm that didn’t even awaken the Cat 5s, a cup of coffee and a trip in the dark-thirty of the day to pick up a friend and deposit her at the airport for a trek to somewhere too far north to be on most maps.

Pretty routine. Until I stood in the street in front of the house, my hand squarely on the car door handle and nothing happening. No beeps. No click-swoosh of the automatic locks. Nada. Just street silence. Now, I’m pretty foggy at that point, the caffeine not having kicked in, so it takes a few seconds for the brain to say: “Where are your keys”?

Ah. OK, so there’s no “fob;” must be in the house. But there is an emergency key and this is an emergency, right? Insert key, door does its click-swoosh thing — and then beeps and flashes alarmingly.

Rush back into house. Thank heaven, I had not locked the door (a story for another time.) No fob anyway. Can still hear alarming beeps and flashes and am certain my neighbors are coming for me with pitch forks. Grab spare fob. Back to car. Open door with spare fob; satisfying click-swoosh; alarming things stop alarming; neighbors windows remain dark; snap on seat belt; swallow some coffee; depart for friend pickup as though nothing unusual had happened.

But, where the heck is that fob? I am gifted with exactly enough OCD to know I did not lose that darn thing. Something happened to it. So, I begin a mental rewind of the evening before.

The last time I had it in my hand I was unlocking my trike to head home after two hours at the Green Parrot playing charity Bingo for the Key West Art and Historical Society. I had dropped my keys as I unlocked. (See why I disclaimed early on there was no alcohol involved? I knew I was getting up at dark-thirty so best keep it sober. Too old for the alternatives.)

The movie-in-reverse says “that fob is in sidewalk gutter on Southard outside the Green Parrot.”

Crikey. What are the chances it’s still there? At 5:30 in the morning? I figured 50-50. It’s either there or it’s not. I hugged friend farewell at the airport and set off across the island on my quest.

Pulled to the side of Southard and hopped out. Not a soul around; no cats; no chickens; no key. Sigh. Back in car. Wait a second. I looked low; perhaps, look high? Maybe someone picked it up and put it where I could find it?

And, there it was. On the top of a newspaper box. Airport friend texts that it’s good karma coming back for being her dark-thirty driver. I say, yeah, and the goodness of strangers.

Thank you, finder of key fob. I am grateful.