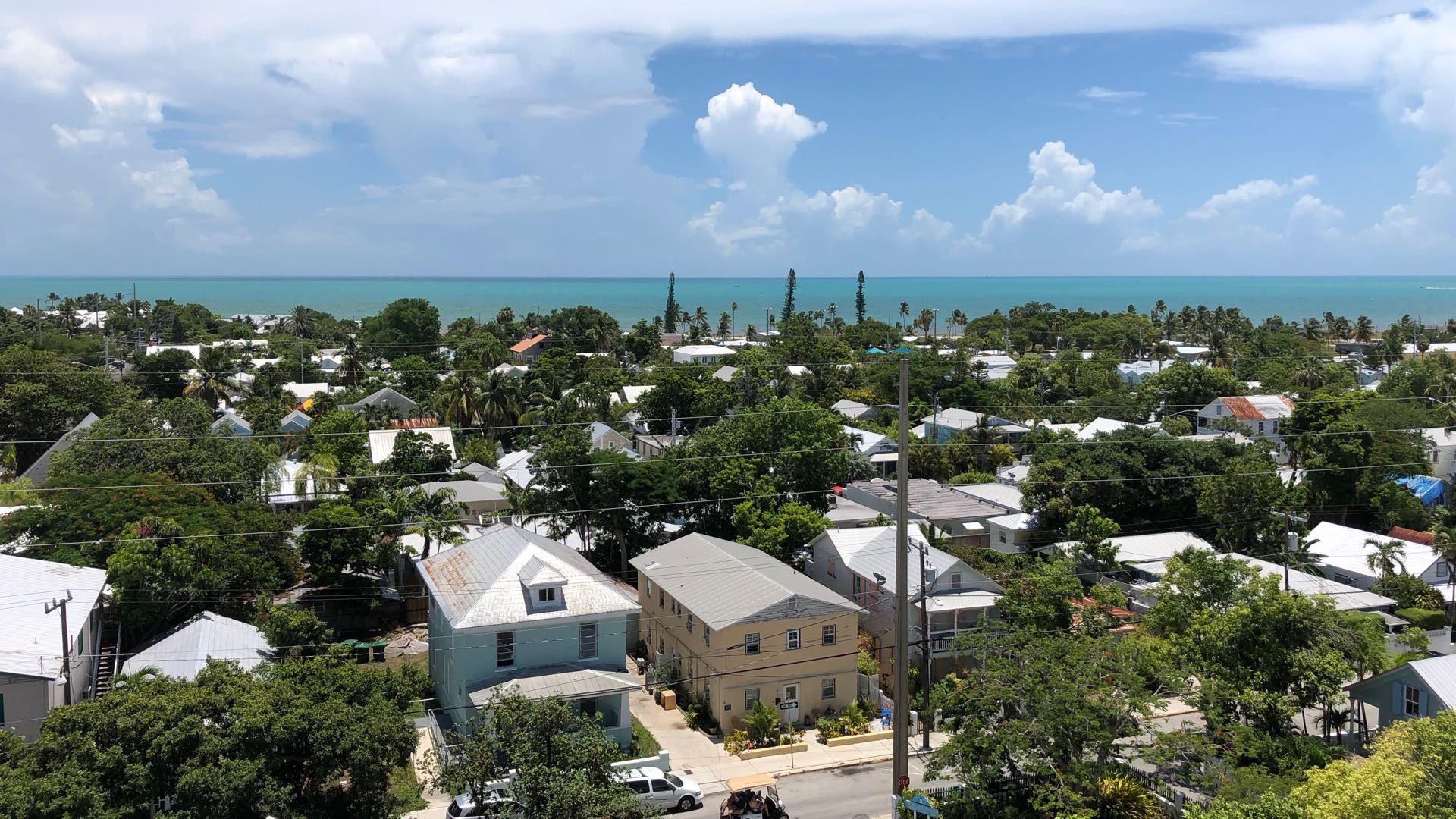 Eighteen days ago, Key West took the first public steps toward isolating the island from the novel coronavirus, which results in covid-19. That was March 9, when the Spring Break crowd — including hundreds of families and thousands of 20-somethings — packed the streets, beaches, bars, venues and restaurants. They were added to the St. Patrick’s Day run-up that brings crowds to what is generally the “last hurrah” of the winter season. By Easter, the snowbirds are headed back home.

This year by March 17, Key West had shuttered most of the things that draw the crowds. Folks started leaving. By Friday, March 27, U.S. 1 will be closed to non-residents. As with hurricane re-entry, there will be roadblocks at Florida City and if you can’t prove you live here or work here or are part of the supply chain, you’ll be turned around. The next step is likely to be self-isolated for 14 days if you fly in. And, the only people who should be flying in are those who actually own a home here — because if you’re thinking about renting or finding a hotel room, that’s not happening. Or, if it is, it’s breaking the city and county orders.

In these 20 days give or take an hour or two, Key West Mayor Teri Johnston, Monroe County Mayor Heather Carruthers, the assorted commissioners on both governing boards and their staff have done what few others — including the state of Florida — have done: Button up and batten down the 125 miles and 44 major islands that make up the Florida Keys. Those decisions likely have saved dozens of lives — though we will never be able to prove that.

While other locales dither about whether they’re at risk or pass out unicorns and rainbows, the Keys have done a remarkable job of steadily, efficiently and relentlessly isolating the 73,090 people who actually live here full time. About a third of those live on the island of Key West. Our essential services, like grocery stores, are restocking and able to keep up with local demand now that the visitors and hoarders are gone. Meat, fresh produce and fruits are back on the shelves — and I picked up toilet paper, paper towels and tissues this morning. Not my brands and the pickings were slim. But there were some supplies on the shelves and no one was fighting in the aisles.

The isolating of the Keys has not been without its critics and cheaters. Critics who were adamant from the beginning that shut down needed to occur immediately, all at once. Critics who were equally adamant that preserving the economy overrode public health. And, there were the cheats who in the early days thumbed their noses at orders to close down. Who kept advertising their businesses, venues and homes-and-rooms-for-rent with such catch phrases as “what better place to social distance? Come on down.”

It’s been fascinating to watch those cheaters lie low as public outcry called them out. We are a small town with an exceptionally efficient “conch telegraph.” Folks have long memories and when covid-19 is just another serum in the annual flu shot, some of these cheaters will find locals aren’t among their loyal patrons. At least for a while, because, let’s face it, our memories are also kinda short.

Covid-19 is in Key West and in the Keys. The numbers will climb as testing finally gears up, but shutting down the island chain has likely helped reduce the curve of disease progression so our health system can get a decent chance of managing.

As we stabilize in these early days and gain a pinch of a sense of control, we’re turning attention and efforts to keeping people employed and financially secure as best we can. The hardships are going to be especially evident the first of April among those living pay check to pay check because that’s when the rent is due, but we will figure out how to ensure our friends, family, neighborhoods and strangers get fed, housed and clothed. It’s a small town. We know how to do this.

One of the top three questions around the island is “how long do you think this is going to last”? I have no earthly idea, but I am planning on this being my “new normal” through at least May 31, at which point I will turn my worrisome attention to hurricane season preparations. For now, though, here’s how Ranger Ed, the Cat 5s and I are doing this:

Cleaning, scrubbing, painting, pruning, sorting, tossing. Inside and out. I hate doing that stuff, but, what the heck, it’s not like I can find a happy hour or go roaming around visiting friends. We’re working through the long list of someday projects. At the bottom of the list is clip the Cat 5s’ nails and brush those raggedy coats. I’ll let you know how that goes. Not well, I am sure. I am also working at home, but then that’s been the case for the past decade, so that’s nothing special. (Sitting on the front porch right now, actually.)

The City of Key West is doing similarly, using this found time to clean and pave Duval and Simonton. Plant trees. Refresh and paint. Chores that aren’t always near the top of the list when the town is packed with people. Now, if business owners and landlords will use the same time to do the same things to their store fronts, bars, restaurants, boats, scooters, golf carts and the list continues, we’ll be worthy of Mr. Clean.

Taking care of those close by. I am, as coworkers, friends and family attest, capable of building global, inter-modal transportation centers when what’s needed is a little red wagon. I like to fix things with huge and perfect structures requiring 1,000 pages of business plans and spreadsheets. Can’t do that with covid-19 because we can’t see that far ahead. Do what you can today: Run errands for the neighbors. Share a roll of toilet paper. Slip a $20 bill to the clerk at the drug store and say thank you. Donate to a local group that keeps the money here in the Keys. Bike past a friend’s house and stop on the street for a long-distance conversation. Remember, that little wagon might have to make a thousand trips, but eventually it gets the job done.

Social MEDIA distancing. I am an information junkie and I have always spent excessive time reading and researching, even in the days when that meant a visit to the library stacks and the card catalogue. So it’s easy for me to get sucked down the rabbit holes of social media — and the steady diet of instant outrage. A few days ago when I found myself knotted into a comments thread arguing over a week-old story that was no longer pertinent, I started leveling my social media consumption curve. Now, I check original sources from traditional media that I trust and leave the political rantings to others. It’s a relief to do three or four news sites, get the information I need and can use and skip the commentary. PS: That’s easy to do by the way since darn near every trusted media website labels opinion. In big letters.

And, that’s enough for today. I have put off today’s cleaning project until it’s almost too late. But Ranger Ed won’t be home for a couple hours, so I should be able to finish before then. Off to scrub that green stuff growing on the cement near the kitchen door — and clean up the darn iguana poop. Sigh. Something never change.