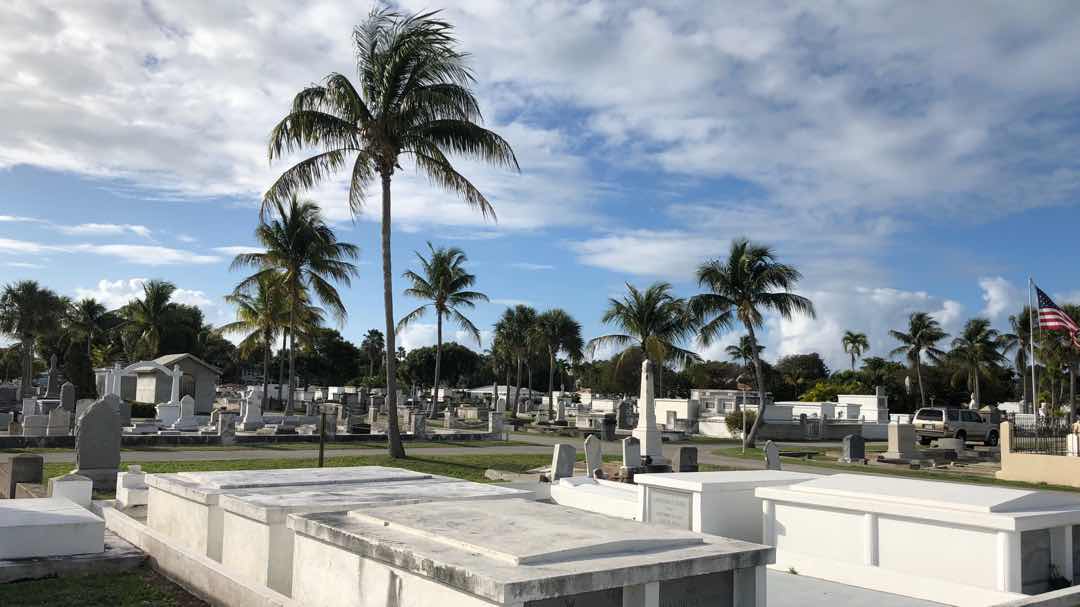 Well, we did it. We bought our Key West forever home. On the auspicious date of 02-20-2020, Ranger Ed and I paid cash for the tiny home five blocks down the street. I’m already decorating and working on floor plans.

It’s on the ground floor, which gave us pause considering sea level rise, flood zones and all. But we liked the corner location, the great morning sun and quiet neighbors.

You should have seen the two of us giddy and grinning as we biked up and down the lanes around the house — in the Key West Cemetery.

Not expecting that were you? Let me explain.

When the neighbor across the street asked several months ago if I’d be interested in a couple of burial spots in the Key West Cemetery, I begged off. Not because I didn’t want them. I did. But, they were in the Catholic section and I didn’t think the Pope, even the current welcoming and inclusive one, wanted a heretic Presbyterian laid to eternal rest that close.

But it did add something to my to-do list: Find out if there’s room for two more. And maybe a corner for the Cat 5s?

I’d heard for years that scoring a plot was akin to getting a VIP ticket for last month’s Willy Nelson concert. You needed to know a guy who knows a guy and fork over $12,000-$17,000. Yeah, like that. Felt pricey, but, what the heck, paradise ain’t cheap. 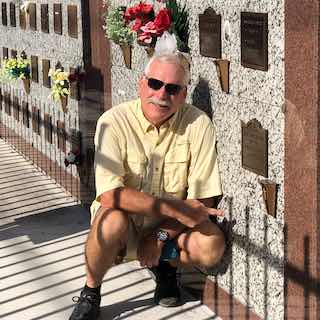 There aren’t many plots if you’re looking for a traditional, in-ground burial plot. Those often change hands privately from family to family or friends. If you’ve decided to go the ashes route, there are only a few spots in the “older” builds. But, the city knows the demand is there, so it’s adding tiny houses along Olivia. They’re pretty bare bones, but the neighborhood is good.

There are three kinds of people when it comes to cemetery plots. Those who figure some remaining relative or friend will decide. Those who don’t give a whit. And, those who’ve written their obituary, picked the music and paid for the plot. I should count myself among the third group of obsessed planners — my parents had all of that checked off their to-do lists years before they died. They shared the details annually with their offspring and occasionally with the grands. Let’s just say none of us had any questions or loose ends when the time came.

But before one can buy a forever home, one needs to know where. I could never figure out the where part. I’ve moved 13 times, more than half since I left home for college. My family is flung across the globe; there’s no homestead, no hometown. We put down roots wherever we land and it’s home until it’s not. For my husband, Ranger Ed and Cat 5 Dada, home is easier to locate since most of his kindred and ancestors are buried somewhere around Hagerstown, MD. But, there’s no family left there either. We’ve talked for years, though never too seriously and always without an answer, about where we want to be buried.

Then came the ah-ha moment, likely in the middle of some happy hour, if I’m honest.

Let’s buy a plot in the Key West Cemetery AND put a gravestone in the family section in Hagerstown’s cemetery that says “Ed and Linda are in Key West.”

So, in mid-February we bought a niche in the Key West Cemetery columbarium. There’s room for two and some Cat 5 dust just like our house and still in the neighborhood. We can pedal past every day as we cut across town through the cemetery. Upwards of 100,000 people call the 19-acre cemetery, which was established in the heart of Old Town in 1847, home. There are about 100 new burials each year.

We’ll likely take a detour or two before we move in. Like many who today call Key West home, we know there are limited resources for the medical care and assistance old folks come to need. Some of us, especially those whose families aren’t close by to help, will trade the island for the mainland. Saying farewell to departing friends who are making the mainland transition has become a pretty regular thing in people-of-a-certain-age circles.

I like knowing we’ll be there eventually. I love knowing there will be a gravestone 1,272 miles away that says “Ed and Linda are in Key West.”