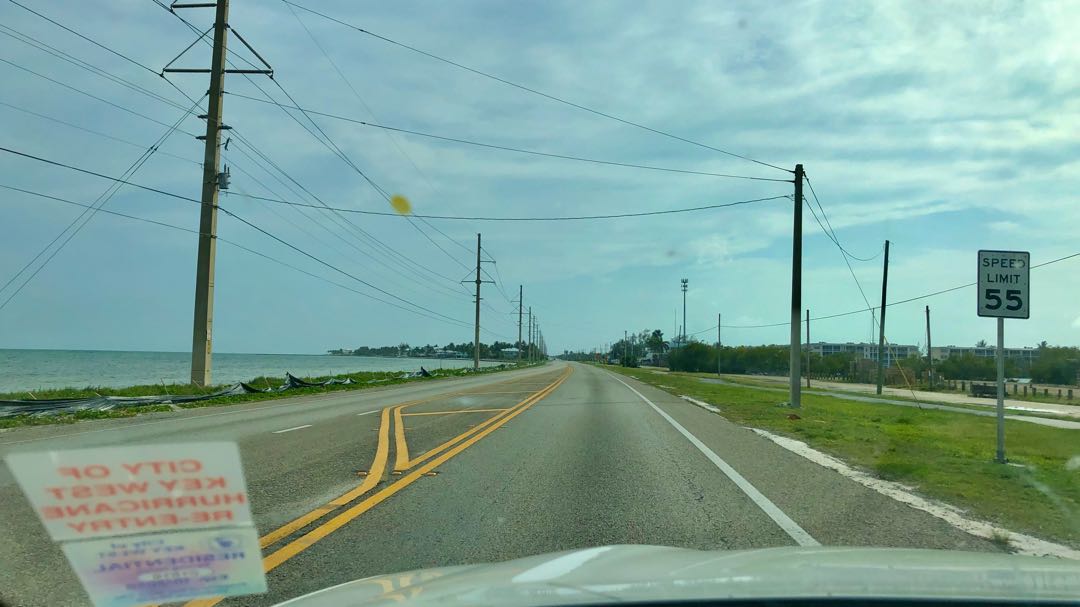 Come Monday, the tourists return. Can we remember our manners?

Last week I had to drive to and from Miami on a family errand. One of those things that couldn’t be put off, so as much as I dread that 150-or-so-mile drive, up to the mainland I went. Once I got up toward Marathon, there were miles and miles of empty road; the cars on the Seven Mile Bridge could be counted with two hands and one toe. Even Miami’s spaghetti highways were wide open. We forget, here in Key West where people with cars are ubiquitous just how “uninhabited” the rest of the Keys is when there are no tourists around.

That will change come Monday. Monday, June 1, the road blocks come down and the Keys and Key West are open once more to serve and entertain upwards of five million visitors. Oh, there won’t be millions right away; our businesses will be lucky if there are thousands. But, for sure, the 2.5 months of enforced isolation ends Monday.

For weeks we’ve argued “too soon” and “not soon enough.” In the beginning, we were warm, compassionate, tolerant and generally supportive of each other, even when we disagreed. We masked up, washed up, stayed six feet apart; flattened the curve and applauded our status as virus virgins. We’re getting awfully tense these past few days. Understandable given that we don’t know what really will happen when the tourists return. Does everyone get sick? No one? Somewhere in between?

We’ve grown accustomed to having Key West to ourselves. Spring on the island has been glorious. Sunny. Not too hot (well, at least not until the past couple weeks). Clear water. No storms. Birds. Butterflies. Pretty much as it usually is this time of year, except this Spring we had time to notice. No petroleum products in the air; no boats, ships, swimmers or personal water craft to churn up the sandy bottoms. We re-learned how beautiful tropical island living could be — well, at least those who weren’t scared to death over their finances, their health or their families. For some of us, the worst we had to fear was whether Publix, our favorite restaurant, UPS, FedEx and the U.S. Postal Service would deliver our goods on time.

Come Monday, that changes. We are back to sharing with strangers.

I like living in a place where visitors grin ear-to-ear just because they are here. A place where off-islanders return so many times they think they’re locals. Where those same folks go home with a dream and return a decade or two later to make this island their home. I was one of them for many years; I’d ride the Conch Train just so I could see “my” house. For years afterward, I’d stand in front of my house and wave at the train riders; they smiled and smiled and wondered what it must be like to live here.

There are rude, crude and socially unacceptable visitors. We’ve all dealt with them. But, by far and away, the visitors to this island want to be here, they want us to know they love and respect this place, too. And, they are a bit taken aback when they read the social media comments telling them to go away and stay away. They don’t understand why so much that’s posted to social media thinks of them only as (1) unbearable pigs; or (2) cash cows.

I find myself falling into the same traps: No mask; must be a redneck who somehow got in here from, oh, Alabama. Cutting me off at the corner; must be a tourist from the mainland who got past the roadblock. Pale, pasty skin with clothes too pressed and formal for island wear? Definitely a second-home owner who has never before visited her property. Trash scattered all over the beach at Fort Zach? Must be people who are illegally renting a vacation home. Except that it’s not. In every case, these were our neighbors; locals; people who live here permanently.

I’ve got to stop doing that and remember my manners. We are a tourist destination. We are a destination that pulls at the heart strings and sings siren songs to those who will hear them. We are the lucky ones. We live here.

Someday soon, though, we have to get back out there. There are things to worry about. There are bad things that can and perhaps will happen. There’s lots of speculation; most of it scientific and fact-based; a whole boatload of it sheer nonsense. We won’t know for weeks whether our fears are founded. With the occasional foray to the grocery and hardware stores, Ranger Ed and I will extend our safer-at-home status through June. We can do that so there’s no reason to take unwarranted chances. Many of the folks I know don’t have that luxury. They go back to work or they and their families don’t eat or pay the bills.

Perhaps if we treat our visitors with respect, welcome them home, so to speak, then, just perhaps, we will have earned the right to continue to call ourselves One Human Family.