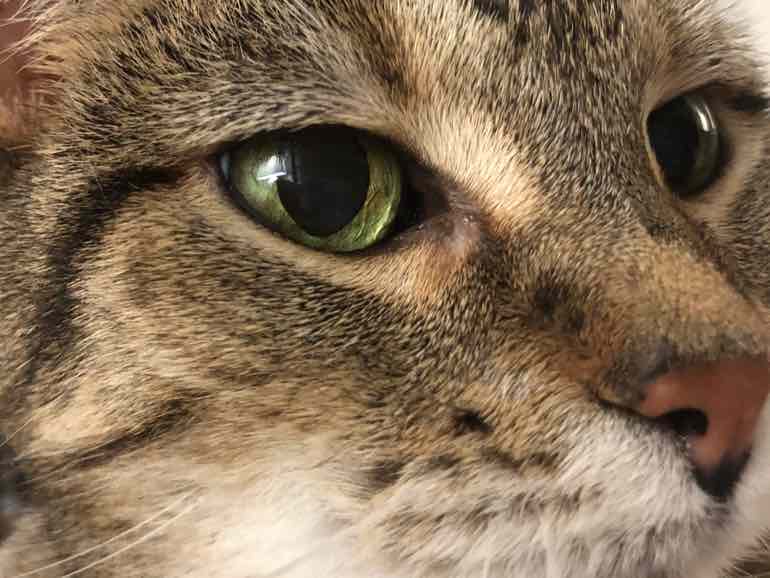 Let’s get this on the record first: We like cats. Witness the five of our own — known locally as the Cat 5s — and the one or two foster kittens that have the run of the house on a semi-permanent schedule.

Aside: Why add foster kittens? Well, Michael, our 4-year-old baby and a classic foster-fail, needs friends. What better way than fosters who spend six weeks or so with us? We adopted Michael from the Florida Keys SPCA when he was five or six days old. You might want to look up what it takes to adopt “bottle babies.” After 10-12 weeks of being Cat Mama and Cat Dada, we decided we’d keep him. Michael does, however. benefit from having playmates and he loves the fosters. Plus those little ones are darn cute.

Oops, one more thing: Really, you don’t like cats? Then don’t read on. You’ll just waste time better spent on, say, some goofy dog story. And, frankly, I’m tired of writing about Covid-19.

OK, back to the Cat 5s. Molly the Cat is the oldest of the pride and a supreme princess. She’s my cat; the other four are really Ranger Ed’s, so don’t be calling me the crazy cat lady. More like crazy Cat Dada. Anyway, Molly’s mine. Most visitors swear Molly doesn’t exist because the princess never deigns to make an appearance when strangers are around. (She still considers Ed a stranger although she’s known him for a dozen years.)

Can a cat shun you? Think not? I’m living with the Mistress of Cat Shunning. Miss Molly is not a lap cat. She’s not a people cat. She’s not even a much fun cat. She wails the song of her people when I clip her nails. She protests in full voice when I pick her up, though, in fairness, she is limp as a dish rag. She headbutts with sound effects promptly at 7:23 a.m., when she’s ready for breakfast.

And, she jumps on the bed, snuggles into my side and around my neck each night to sleep. She doth protest when I roll over, but settles back in. Every night. Until a few months ago. That’s when the vet said “you’ve got to apply this thyroid medication two times a day. Just rub it into her ear. Easy.”

Two clicks of the applicator, quick work; Molly didn’t even flinch. Well, I thought, this IS gonna be easy even if I do have to do it two times a day for the rest of her life.”

Second dose. Two clicks. And …. Molly flew off the chair and under the bed. Not before, however, giving me a green-eyed glance that brooked no misunderstanding. You will not, said that glance, get another chance. I thought she was kidding. Bedtime rolled around. No Molly. I knew she was under the bed because I looked. She glared.

Five nights pass. No Molly though she did wander out regally to dine and litter. She glared disdainfully as she passed.

On night six, she’s at the edge of the bed — glaring. I say, OK, Molly the Cat. No more medicine. I promise. Please come to bed. She did. For exactly two minutes and disappeared again with another glare that said “I’ll show you.”

On night 10 she decided it was safe to take me at my “no more medicine” word and she snuggled in again though she was on guard. We went without medicine for another two weeks.

AND THEN CAT 5 DADA DID TWO CLICKS AND APPLIED THE MEDS TO HER EAR. She’s not happy, of course, but she’s getting her drugs.

Now she snuggles in next to me, wrapped around my neck and cranks up the purr machine — and then she gives Ed the stink eye for two minutes while waiting for her meds. Fine with me and Molly. He’s the evil one.