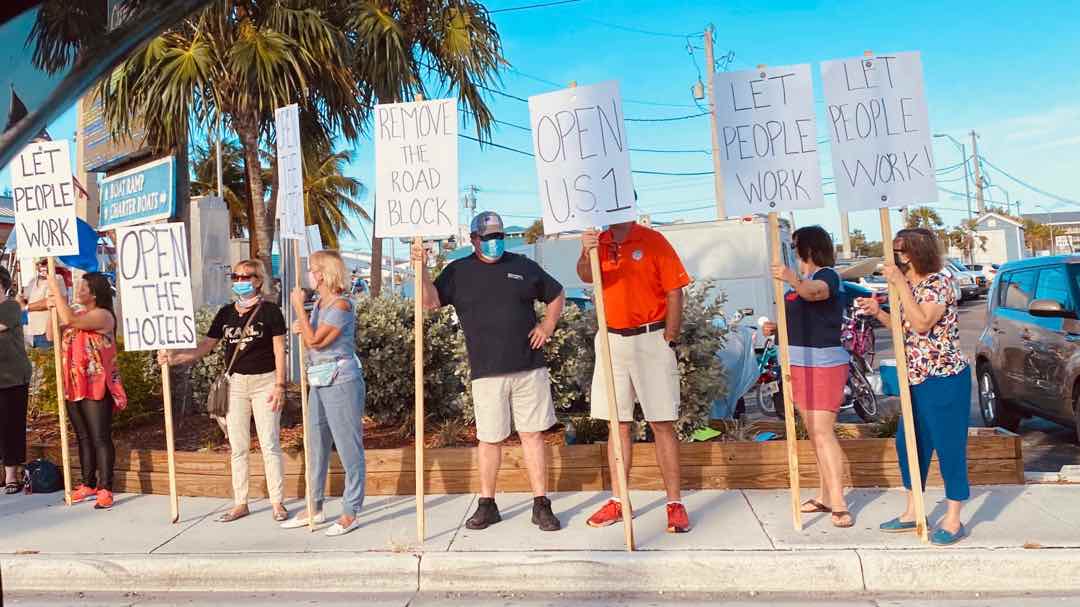 We are not in the same boat | No rent. No food. No paycheck. No luxury of re-imagining

I cringe over hash tag inanities like #sameboat, #inthistogether or #gotyourback. We aren’t in the same boat, we are not in this together and we sure as heck forget to “got your back.”

We are, give or take a few, 7.6 billion people in, say, 76 million boats floating on one gawdawful Covid-19 sea and trying to come up with a shared description. One’s description is a tad more pleasant, perhaps even cheerful, when one is sailing fair winds and following seas to the sandbar with socially distanced, colorfully masked friends than it is when one is clutching the dock with bloody fingernails, hanging tight to your kids’ collar while the hurricane sweeps away pretty much everything that kept your body and soul together.

The single scariest thing about Covid-19 is that there are no answers. There won’t be for a decade to come. At least a decade. Perhaps then, when the data are in and the analyses complete, we’ll shake our heads and wonder how we could ever have thought a mask wouldn’t help. Or frown in consternation that we threw up a roadblock, locked down communities and destroyed the economy all for naught. Or perhaps none of those things. The point is WE DO NOT KNOW. 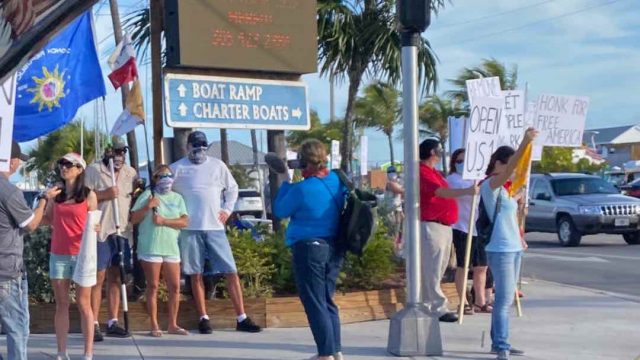 We search for information that reinforces us, that we “feel” makes sense, that resounds with our personal echo chambers. There’s comfort in the repetitive reassurances of those with whom we agree and soon we believe it to be true and righteous. And soon we are irritably finding conspiracies and spewing fear-wrapped-in-frustration and wondering why the heck the guy in front of us at the checkout line has his T-shirt pulled over his face instead of wearing a mask. Must be because he is a hard-core, anti-establishment, right-wing red neck flouting his white supremacist entitlement. How could it possibly be a husband in search of his partner’s life-saving medicine who was in such fear that he left the mask in the car and made do just this once.

We are not in the same boat. We do not have answers. We are — all of us — re-imagining what life in Key West will be like on the other side. That’s an important task and it’s one we must take with a sense of humility and a huge dose of caution. I have concerns that the discussions are taking place in echo chamber silos, particularly on social media and certainly on video conferences and surreptitious meetings.

Echo Chamber One: Tourism is our economy; we will die without it coming back now. On Tuesday morning, May 12, about 7:30, 75 or so people gathered at the corner of Palm/First and North Roosevelt at the Key West Bight. They were there to raise the visibility of those who want the checkpoint down, tourists back and jobs restarted. The impetus behind this was Ed Swift, whose company Historic Tours of America is the backbone along which our tourism economy runs, and a Facebook Page called Restoring Paradise Safely. It’s a closed group of under 400 members and created on April 30, that asks you to support their mission (open for Memorial Day and June 1 at the latest). 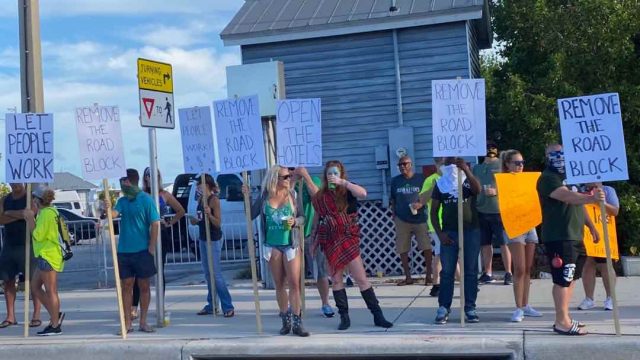 They were there about an hour, some with masks, some not. Some six-feet apart, some not. Swift in ball cap and no mask interviewed and calling for immediately opening, predicting violence if it doesn’t (although he pretty quickly smoothed that out by “adding around the country”). Some were HTA employees; I recognized them. Swift stands to gain financially if tourists come back; so do, too, the thousands of people he employs here and around the country if their paychecks and tips return.

This echo chamber is right. Tourism IS our economy. We are already dying; at least five businesses have announced permanent closings. More will follow. Our unemployment rate, which hovered below three percent, in season, will soar over the next six months to a year. Layoffs for Covid-19 will become permanent reductions in force. Government jobs — from cops to teachers, administrators to park rangers — will be eliminated. Health care and hospital systems, retail and entertainment venues, small businesses and global chains will follow suit. There’s no reason think that this island could not find itself facing a depression the likes of which it has not seen since the mid-1970s when the U.S. Navy reduced its presence in the city.

Echo Chamber Two: Tourism is our economy; we will die if it comes back now like it was before. Since April 11, another private Facebook Group called Reimagining Key West, which has just under 2,000 members, has been sharing smart, thoughtful, creative and supportive conversation throughout its threads. The group’s goal is to re-imagine how Key West can shift and shape its economy to minimize the negative effects of too many bodies in too small a space. It’s focus on environmental impacts from ships and too many people is important.

A subset of the original group spun itself off to develop three referendums for the Key West ballot that would limit the kind, quality and quantity of cruise ships that come to port in Key West. There is significant support for the shape-shift cruise ships and little to no support for any return of the current ships.

Reimagining Key West sees Key West as an eco-friendly, shabby chic kind of destination that riffs off its creative juices of the 1970s, ’80s and ’90s. More artists, writers and musicians; less riffraff and certainly no Spandexed-blubber from the mainland or ships looking for a T-shirt.

The vision is the Key West of right now, this very minute. A tropical paradise with great restaurants opening just to serve locals, with clean beaches and crystal waters. Poincianas in bloom. Quiet nights. Few airplanes, no Conch Trains or trolleys. I admit, it’s sweet. I wish it could stay this way where nostalgia for the past and imagination for the future meet.

This echo chamber is right. Tourism is our economy and if we do not do it well, if we do not implement a sustainable model, we will die.

Here’s the  challenge: These two groups see their positions as mutually exclusive. They may be talking AT each other occasionally because there’s member overlap in the groups. And they are beginning to position themselves as an “us-against-them.” Within the Reimagining group, litmus tests are sorting folks. Raise a question about where alternative revenue is coming from when the cruise ships don’t? You risk a pile-on from those who hate the ships for reasons that are reasonable and important. You won’t get much support beyond a virtual shoulder shrug should you point out that you’d lose your job permanently if there were no ships.

In the Restoring group the attitude to those freaked out about the health implications of opening the roadblock is a similar shoulder shrug. As one said in a post before the protest this morning: Wear a mask so we show we care about safety. The message was pretty clear: Open up; ignore the nervous nellies.

Do we really want our community conversation and our island’s future reduced to a fight between “what’s a few lost jobs when so much is at stake” and “what’s a few deaths when I can’t feed my family”?

Both groups bring vision and important calculus to the table. But and there is a huge but. Neither group, collectively or individually, is broadly and deeply representative of those who live here, much less of those who visit. They are self-selecting echo chambers, each doing important work that should continue. Until, however, we are open to a full-throated, diverse conversation with, yes, some angry head banging, we will not reach a consensus that will take our island home safely to the other side of Covid-19.