Are we there yet? I am so over this Covid-19 road trip but we’ve got to keep going

Anyone else feeling like the unruly kid in the backseat? The one whining on a sliding scale that grates on your last nerve? Are we there yet?

Well, I’m that kid. Between global politics run amok and a coronavirus ditto, I’m just so over this road trip. I’ve eaten all the snacks — in the first hour. I don’t want to count license plates, cows or billboards. I hate my seat mates (“She touched me; make her stop!”). Are we there yet?

I’m an English setter in a field of quail. Quivering and on point, sussing out whether it’s a tourist without a mask or a local with attitude. So tetchy that I read the comments on social media just for the jolt of adrenaline that comes with every perceived slight or comment worthy of a thumbs up (but never that ridiculous “care” emoji.) I mean, she said with a huff, “really?”

Crikey, I am weary of trying to find silver linings, living in the moment and binging books and TV series. I want to write lighthearted, generally useless but entertaining columns about sargassum and Key West chickens and Fort Zach and the Key West mystique. Are we there yet?

We are not there yet. Sigh. What’s a body to do?

You know what’s coming right? After I heave another sigh coupled with some cathartic swear words?  Ta-da. You know me so well. Here ya go: five normal things scrounged from this week’s difficulties to make me feel less like the backseat kid and more like a driver: 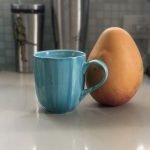 The mangoes: Oh, my stars. Our mango tree — the one whose roots are winning the game of footsie with my pool — has outdone itself with this season’s harvest. The tree was late blooming this year and the drought was tough on its fruiting stage, so we figured we’d have to break down and (gasp) buy our mangoes. I’m chopping, pureeing, freezing and making mango cornbread pudding. I’ll let you know when I hang out the bags on the fence with the “free to a good home” sign.

The sargassum: There is none; well, at least, not like last year when the whole island smelled of dead sea 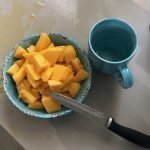 creatures for three months. Egads, that was awful. The water was sludgy peanut butter with chunks; the sand at the edge feet high with dead algae. It was so bad, I wrote a column titled: Does Key West always stink? Come to think of it, a lot of folks wore masks last summer (with, surprise, no whining) just to keep the stench at bay. Oh, it’ll be back deeper into the summer, but the experts who follow these things predict not as bad as 2019 and 2018, which were record years.

The “you can’t fire me because I am not a heterosexual” U.S. Supreme Court ruling: This one’s got a lot of folks’ shorts in knots, but there are two reasons that decision is a moment of hope. Philosophically it resonates with me: I’ve never understood why, as long as one did the job well, it mattered what color my skin, my gender or my sexual orientation. A day’s pay for a day’s work. And, then there’s this: That court ruling was constitutionally conservative. Title VII of the Civil Rights Act of 1964 does not say “it’s OK to discriminate against you if you’re on one of these lists.” Indeed, quite the opposite. That a majority of the court understands that constitutional plank is reassuring.

The (mostly) compliant Covid-19 stuff: OK, don’t everyone rush with a bunch of “see this!” posts, comments and links. I live on social media; I saw those sans mask misfits and folks of malfeasance, some of them in person. But, if I rein in my English setter quivering, I also saw most folks in most places trying to do the right things or at least some of them. We live in tiny spaces; I’m going to slip up occasionally and have to pass you in two feet, not six. I’ll hold my breath if I’m passing you on my mask-less morning walk. This stuff is new to everyone; we’re all going to make mistakes. It’s easy enough to add an N95 insert in my pretty Sushi Key West mask. Let’s enforce the rules and cut each other some slack.

Ranger Ed (aka, the Cat 5 DaDa) is back to work: The ranger’s back on duty at Fort Zach. Enough said. Say hello from six-feet away when next you’re there.