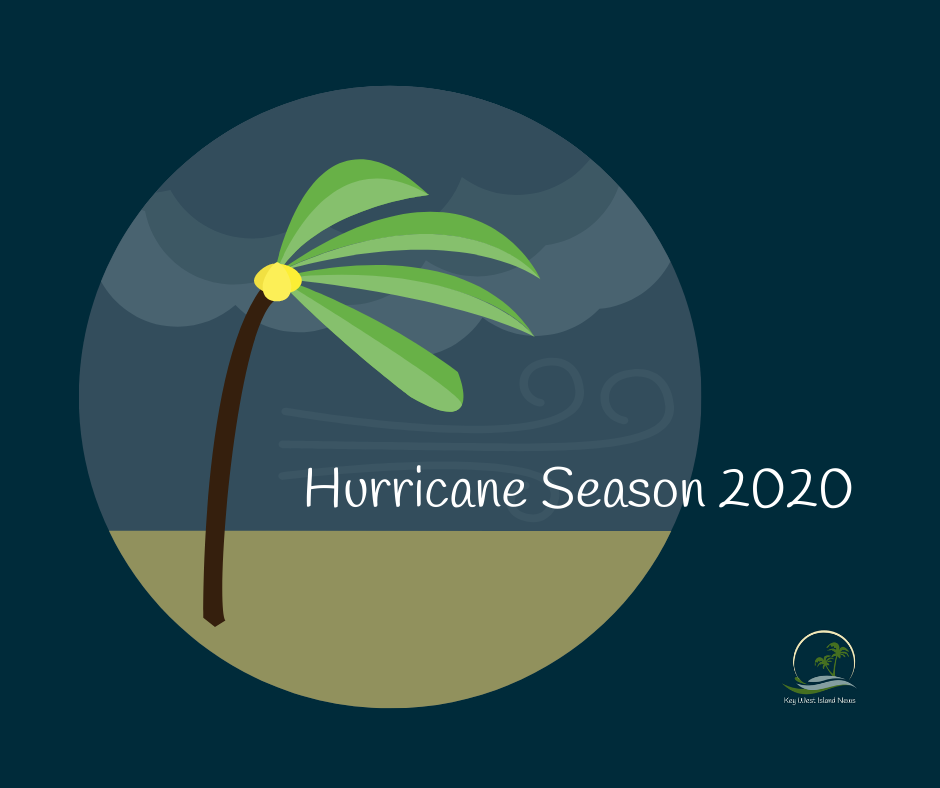 This could be the one. That’s what Key West says each time we see a hurricane cone tracking this speck of coral 150 miles from mainland Florida. Our vulnerability is never so obvious as when we’re staring down the season’s next big blow. We’re always thinking this could be the one that ratchets up to a Cat 5 with Key West dead-on in the eye.

Key West shelters under a magical hurricane bubble. For most of recorded history, the island has been outside the worst hurricanes to pound the Florida Keys. That happened with Hurricane Irma in September 2017. Irma made landfall as a Category 4 hurricane at Cudjoe Key, 20 miles northeast of Key West with wind speeds of about 130 mph.

Key West was on the back end of the storm, which meant Irma’s impact on the island was akin to a Cat 1 with the strongest wind gusts at 82 mph at the Key West Airport. Bad, but hardly devastating.

The so-called Key West Hurricane of 1919, the one that caused the good sisters of the Basilica of St. Mary, Star of the Sea, to build the famous hurricane grotto, was a Cat 4 when it plowed 35 miles south past the island on Sept. 9. Damage was catastrophic; what the winds didn’t take, the subsequent storm surge did. But, still. That was a Cat 4 — and Key West did not take a direct hit.

The only time hurricane history records a possible Cat 5 direct hit on Key West was 174 years ago on Oct. 11, 1846, when the Great Havana Hurricane blasted out of Cuba, ripped across the Florida Straits and slammed into the extreme lower Keys.

This storm washed away the island of Sand Key, southwest of Key West, and it did not wholly re-emerge until some two months later – and even then, not in its original location. The Great Havana Hurricane of 1846 destroyed both the Sand Key and Key West lighthouses (with no occupants surviving), in addition to widespread damage across the island of Key West and Key West Harbor. The collector of customs, Steven Mallory, wrote that of 600 houses in Key West, all but eight were severely damaged or destroyed. Storm surge washed many corpses out of the Key West cemetery, at which time was located on the beach on the south side of the island. As storm surge overtook the island during the storm, residents converged on Solares Hill hoping to avoid the increasing storm surge – some even clung to bushes to survive. Solares Hill is the highest part of the island, with a peak elevation around 18 feet. Storm surge scattered debris throughout the city, with most of the island submerged under several feet of water. Approximately $200,000 [1846 USD; about $6,818,447 in 2020 USD] in damage and as many as 40-60 deaths were reported in Key West. At the time, this death toll equated to roughly 4% of the population of the island. (That would be about 1,000 people based on today’s population.) — From NOAA’s Hurricane History | 15 Worst Hurricanes in the Florida Keys.

In short, when locals point to old buildings and tout the ways in which they have survived hurricanes for 100 years, we are historically inaccurate. Key West hasn’t taken a killer hurricane head on for almost two centuries. And, it’s been 101 years since a direct Cat 4. We tend to pull out our machismo when talking about Key West hurricanes. Folks who’ve never spent two days cowering behind a couch or watching the water rise above the window sills will saunter about with a touch of the cavalier, joking about hurricane parties (well, perhaps not this year, what with Covid-19 and all).

So, here we sit on Friday afternoon not quite sure what’s coming Sunday and Monday, but pretty certain that Tropical Storm Laura will pass near Key West as a Cat 1. It’s tempting to yawn, halfheartedly check the water supplies and the generator, forego putting up the shutters, open a beer and think about running errands on Tuesday when it’s over. Well. Maybe. I hope. But smart locals are preparing as though we might be without power, water and flush toilets for at least a few days. I noticed long lines waiting to fill propane tanks this morning. The grocery story was busier than usual, too. Still, how bad could it be? Right?

For those who might be considering the next week or so to be business as usual, here’s what we can expect of a Cat 1: Very dangerous winds will produce some damage: Well-constructed frame homes could have damage to roof, shingles, vinyl siding and gutters. Large branches of trees will snap and shallowly rooted trees may be toppled. Extensive damage to power lines and poles likely will result in power outages that could last a few to several days.

I’ve got a few things left on my prep list including making a decision about putting up shutters. Best get on with it. Stay safe out there, my friends.