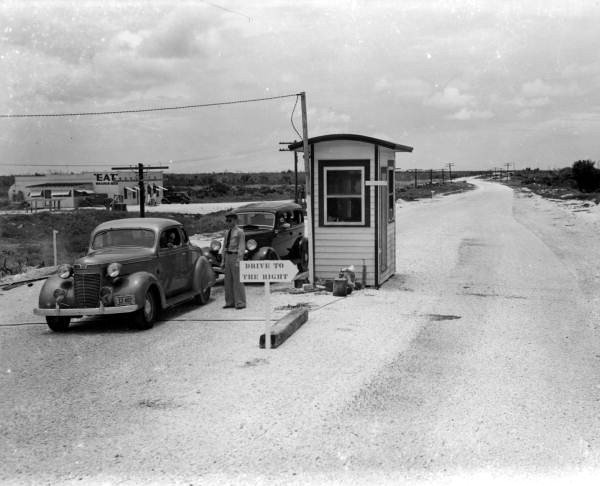 Let’s add that Florida Keys toll booth. But not before we figure out why

Come the weekend, especially a holiday weekend like Labor Day, my phone goes cra-cra with pinging and popping from the Monroe County Sheriff’s Office crash alerts. If I respond at all, it’s with a sigh and rolling eyes: “Another pileup in the stretch …..”

Folks coming from the mainland don’t adapt to island time quickly, so they and their vehicles come screaming down the 18 Mile Stretch, which runs from Florida City on mainland to Key Largo. They collide into each other and crash occasionally into people. In or out bound, that particular piece of the Overseas Highway ought be called Accident Alley. Things get worse on holidays and in season when day trippers trade parts north for the lure of sun, sand, beaches and water. What with Covid-19 restrictions on longer-distance traveling, the Keys are a magical attraction for those willing to road trip for their respite.

The vehicle pressure on our mostly two-lane, supposedly low-speed umbilical cord to the mainland has increased steadily since 1928 when the Overseas Highway officially opened. We’ve complained for years about that highway’s excessive traffic, but it wasn’t until the spring of 2020 that most of us got a taste of what would happen if we closed U.S. 1. We went from bumper to bumper to locals and workers doing essential stuff. I made a trip to Miami in mid-April in about 2.5 hours. Prior to the checkpoints, it would have taken 3.5 hours under good circumstances. I kinda liked that.

About that time social media posters began their push for a toll booth at the start of the 18 Mile Stretch. The rationale was simple: If we can’t keep ’em out, then charge them to come in (and maybe they won’t come at all.)

Let’s do it. Let’s collect tolls — in and out — of the Keys. Let’s make them significant. None of this paltry $1.54 per two-axle vehicle (cars, pickups and motorcycles) that one pays on Card Sound Road. Bump that thing up to $5 each way. It’s doubtful anyone driving into the Keys for a weekend outing or a vacation will so much as mummer a complaint. It won’t slow recreational visitors down and it’s unlikely even a thrice-as-high toll would keep them away, but they’ll be paying handsomely for the privilege.

Perhaps not so fast? Though I be giddy at the new-found, tourist-supported revenue bonanza, getting this done isn’t as simple as throwing up a couple of toll booths and collecting cash. As we know from Card Sound Road, there is a mighty long list of exceptions, additions and deletions to accommodate locals, workers, delivery trucks. We’re going to need similar exceptions for toll booths on the Overseas Highway. For sure, we can’t charge locals who drive to and from the mainland for work every day the same as we’d ding a day tripper. (I’m not sure we should charge locals at all, frankly.) Ditto those delivery trucks that bring in everything we need to live in the Keys.

In August the Monroe County Board of County Commissioners said it would again explore a feasibility study for collecting fees from non-residents. This isn’t a new idea. Card Sound Road has had a toll since 1926; tolls were collected intermittently on the Overseas Highway in 1927 and 1938. As recently as 2017 and earlier in 2010, the commission considered tolls but nothing came of those discussions. That’s likely because adding toll booths to a federal highway maintained by the state of Florida in conjunction with Monroe County and each of its cities is a political lift of heroic proportions, a task not for the faint of heart.

The county commissioners have outlined fairly specific uses for future tolls: “to offset tourist impacts, for the protection and improvement of water quality, to support infrastructure investment against sea-level rise, and for other pressing needs within the Florida Keys, like assisting law enforcement, alleviating traffic problems, and assisting with evacuation and reentry.” The feasibility study would determine the state and federal laws and regulations that would need to be integrated and whether there were potential for using toll revenue for things other than highway maintenance and reconstruction.

Collecting that first toll at the 18 Mile Stretch won’t happen tomorrow, probably not even a year from now. But, the opportunity for getting it done this time sits right in front of us.

Photo Courtesy of Monroe County Public Library System of the Lower Matecumbe toll booth on the Overseas Highway circa 1940.