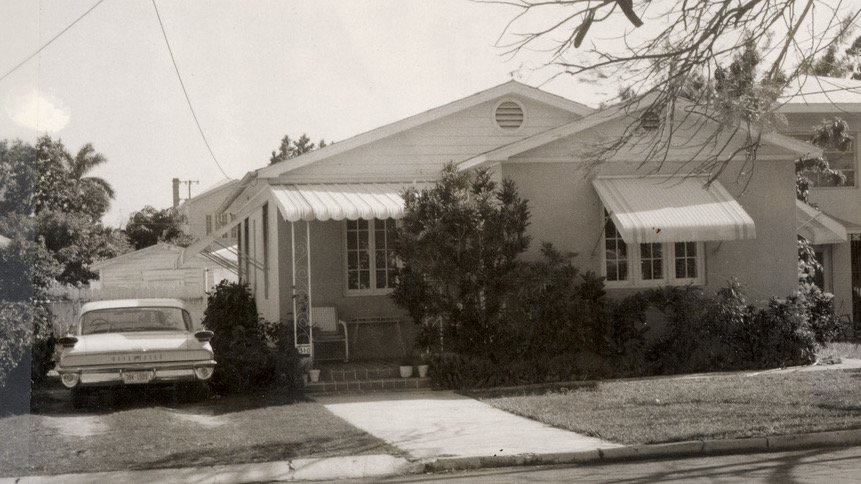 I’m a sucker for old photos and stranger’s scrapbooks. Wandering through a stack of historic photos can suck away my entire day and I’m always game for flipping through your family albums after supper.

The Key West library, with more than 22,000 photos, is a trove of digital scrapbooks of old Key West. I love the Key West Art and Historical Society’s curated galleries, especially the postcards. One of the older Key West photos is of the 1880-1885 Custom House waterfront. Google “images historic Key West” and you’ll find thousands more.

Obsessive photographing of Key West — sunsets, landscapes and folks doing things — did not magically appear with the advent of the camera phone. The federal government paid people through the Works Progress Administration in the 1930s and early 1940s to photograph Key West.

Photographs freeze us as we are at that split second in time — especially those taken before we could so easily manipulate the pixels and with half a dozen clicks alter the image from reality. (Don’t bother to say “yeah, but.” I get it. Historic photos can be manipulated, either before the lens clicks or after. Let’s argue that another day. Work with me here.) 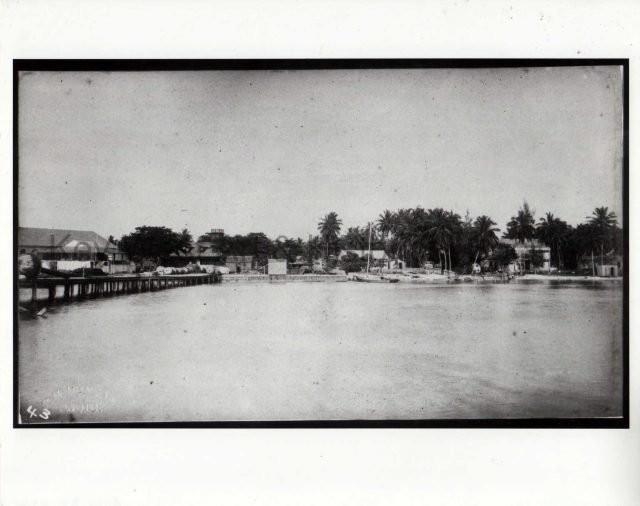 In the 1880s, the Custom House (far left) sat almost directly on the open waterfront. Today that area is retail shopping, cruise ship docks and hotels. (Photo courtesy of the Key West Art and Historical Society.)

Unlike words, which can capture our imaginations, photographs ground us in reality. When we write about Key West or long for the “old island days,” our brains work like a camera phone, editing a pixel here, deleting a pixel there, brightening a color back there to create a memory that is, well, mostly true.

Photographs have this habit of abruptly interrupting the busy little brain’s re-creation of reality. Here’s what I’ve learned from my obsession with old Key West photos, even when my memory says otherwise:

Egads, can you imagine the smell? Mounds of sea creature leave-behinds on the fishing wharves lining the island’s edges. One-holers in backyards — and newfangled ones inside with direct dump to the island’s ocean and gulf. Garbage piles awaiting burning or dumping off shore.

The whole island on a windless, muggy summer day would have smelled like my green garbage can when Ranger Ed forgot and dumped fish cleaning remains. That is not an “old days” I want back.

Fashions gave new meaning to “sweating through your clothes.” Look, if we’re honest, we sweat every day in Key West. Oh, we post silly memes about fleece and flip-flops-with-socks, but it’s a rare day that minimal exertion can’t raise a good sweat.

Key West didn’t start taking off its clothes, so to speak, until, well, now. Whether it’s a photo or postcard from the 1830s or the 1970s, folks wore real clothes, hats, socks and hard shoes. Suits. Ties. Long sleeve shirts. Layers and layers of women’s clothing. Heels. Hosiery. (Does anyone even know what that is anymore?) If you look closely enough, you can see the sweat dripping off foreheads in those old photos.

Shade? What shade? With the exception of some palms, native (and scrubby) flora and an odd transplanted mahogany or two, Key West didn’t have much in the way of trees until the Citizen Conservation Corps and some locals teamed up in the 1930s and 1940s to plant trees. It took 20-50 years for those trees to grow big enough to do much.

Key West’s canopy started to green up in the late 1950s to 1980s, but the island was not historically made up of lush, spreading shade trees. Instead, in places where it wasn’t hard-packed Miami limestone or cleared land, the island resembled the Key West Tropical Forest & Botanical Garden. Beautiful and mysterious, but inhospitable to mainland shade trees.

Open beaches. Sort of. Key West has always used its edges for commerce. Fishing wharves. The Custom House. Houseboats and small businesses. Land was scarce and far too valuable to leave untapped. Not until the mid-20th century or so did slathering one’s body with baby oil and iodine and tempting skin cancer become a cottage industry in need of unencumbered sand.

But old photos of the island do show open beaches far away from the busy seaport. No sea walls. No bike lanes and wide paths for joggers and strollers. The island ended at what is now Eisenhower with a strip of sand that sloped into the water. These days, without those sea walls? Some of our coveted X-zone neighborhoods would find themselves awash.

Some things don’t change. Historic photos and those from today carry similar themes. Key West needs no excuse to whip up a good parade. Our town is a tourist magnet. We’ll gather for the arrival of the first Flagler railway train, the first flight from Havana and every presidential visit. We’ll check out the military doings, whether it’s the Cuban Missile Crisis or the training of Navy Seals off the Coast Guard Cutter Ingham.  We boom and bust with regularity and then go about re-inventing ourselves. We’ll dress up for the least of reasons, frequently with hats.

And, we sweat. Even with air conditioning. Every darn day.