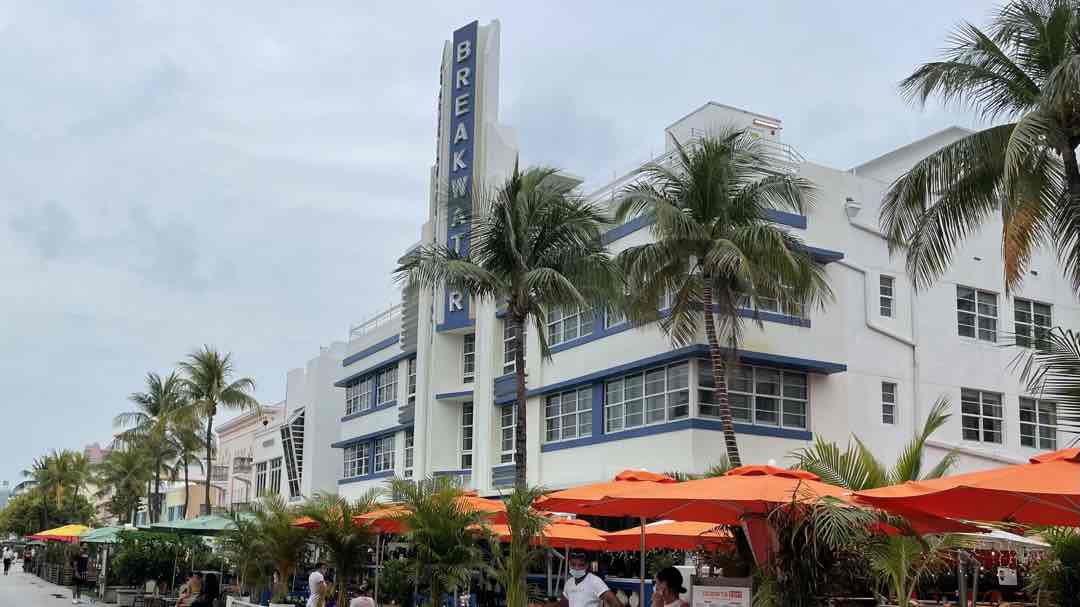 Two weeks off the rock | Lessons learned, tales to tell

As my dad would say back in olden times, “Lord willing and the creek don’t rise,” by the time you’re reading this I’ll be sitting on my front porch behind the picket fence and telling tall tales about what it’s like out there in the big world of ‘Merica.

Two weeks ago, Ranger Ed and I hitched a ride in the dark-thirty to the airport and climbed aboard the 7:03 a.m., Delta flight to Atlanta. We spent 12 days in the Atlanta suburbs, flew back into Key West Monday, grabbed a shower, called the AC repair guy, petted the Cat 5s, then turned around and drove to Miami Monday evening. Ranger Ed had some routine sinus surgery at University of Miami and we were back on the rock on Wednesday night.

Whew. I hadn’t left Key West in 20 months — well, except for a day trip to Miami and a handful of adventures to Stock Island — so this was one of those jump-in-the-deep-end things. No easing back into Covid-19 travel; hold nose; leap.

Though I admit one trip off the rock doesn’t a scientific study make, we learned a lot about traveling in Covid-19. Most folks in the real world wear masks, despite the breathless headlines and social media to the contrary. There’s no such thing as six feet of separation, but it often comes close. Nobody wears a mask outside.

Maybe a handful of my observations as we worked our way through those two weeks will give you some context for deciding when you’re ready to take your Covid vaccination card and hightail it off the island.

Monday, April 12-17: Five trips to Home Depot and Lowe’s for plants, mulch, a rented tiller and stuff. Ten trips (might have been 112) to Publix and Kroger for things forgotten. Half a dozen take-out, delivery and walk-in restaurant excursions. Two hours of walking the Mall of Georgia, purchasing pretty much nothing but enjoying retail that doesn’t come in an Amazon Prime box.

And, you know what? With zero exceptions, every person in every store, including inside MOG, was wearing a mask. Where they couldn’t stay six feet apart, they kept to tidy groups and did the best they could. It’s been a long time since I’ve been in public spaces where so many people were so darned polite.

Monday, April 19, headed back to Key West: Worried that ATL is a zoo? Nah. Yes, there are lots of people, but feels like about 25-40 percent fewer. We are five minutes from boarding for Key West and no one is rushing the line. Folks are standing at least three feet apart and generally being polite throughout the airport. Yeh. I know. You’ve seen it otherwise. I am sure that’s a reality, too. But. We need to know there are different realities. Not all travel is a COVID-19 nightmare.

Monday, April 19, waiting in EYW baggage claim: The challenge at EYW isn’t rude visitors; it’s too few staff and too little space to handle multiple incoming flights. Four planes in at one time and baggage offloading is painfully slow because it’s one plane at a time but not enough handlers. Pretty sure, the airport would hire more — if there were people to hire. Meanwhile the folks waiting are calm, patient, murmuring to family and friends and masked. Oh, though crowded and close, they’re reasonably distanced. If this were before Covid there would be a riot of unhappy, waiting people.

Tuesday, April 20, killing time in South Beach: Ranger Ed and I felt like we had South Beach to ourselves this afternoon. Made for just standing and absorbing these amazing Art Deco buildings. Hands down, one of my top three favorite architectural styles. Oh, and there’s Art Deco’s little sister, MiMo, which I like almost as much. And, yes, Duval’s primary restaurant/bar blocks ought to be closed to cars (but not bikes, etc.) with outdoor dining and drinking. South Beach may not ever want to move back inside.

Wednesday, April 21, at the hospital: Gone are the days when I could roam the halls or wait it out in the family room. Dropped Ed off at 5:45 a.m., picked him up later in the day. That’s still a tough thing for families accustomed to spending time bedside. I got some coffee, read my Kindle in the hotel lobby and awaited the call; kinda like a lurking ride share driver.

The two weeks left me wishing that Covid-19 protocols would be with us forever. They’ve slowed us down a bit, made us a tad more orderly, lowered our penchant for pushing and reminded us it’s perfectly lovely to be polite and respectful.