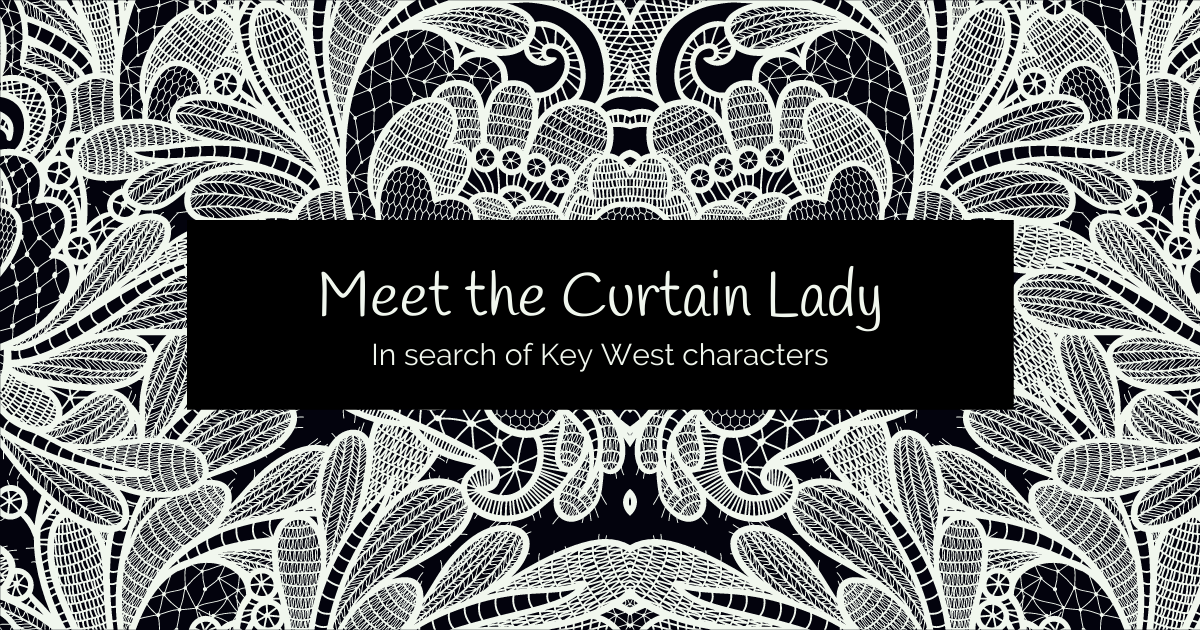 Want to be a Key West character? Here’s how the pros do it

Miss Andie opens the wooden door at the tiny Fleming Street bar, white lace curtains poking from a bag tossed over her shoulder. Key West sunshine floods the cool, inner dark. There’s a cheer from the bar when she walks in; everyone wants a hug in her warm, generous arms.

She takes her chair at the corner window table, bends over and goes about threading the curtains through the spring rod, which she pulls from her out-sized purse.

She’s singing under her breath, low, clear-toned notes that should be soaring above the crowds as they once did. She calls herself one of those long-haired “hippie chicks” of whom tales are told of the old days. Miss Andie doesn’t sing aloud these days, though I’ve been told there are recordings.

Ten minutes later, she stretches as tall as her tiny frame and bad knees allow, puts the curtain in the window, sits back down with a satisfied smile and reaches for her glass. Saturday afternoon wine tasting doesn’t begin without Miss Andie’s lace curtains. 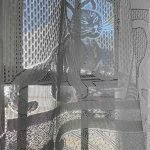 This week’s lace curtains were cats!

That, my friends, is how a Key West character commences.

Woven into the fabric of the island are tales of the larger-than-life characters who shaped the Key West mystique. There were pirates aplenty, of course, including those slave-owning, town forefathers who tamped down their Civil War pro-South leanings in favor of making money from the U.S. military.

There were the rowdy, hard-drinking, loud-talking, misogynistic authors, artists, musicians and assorted ne’er-do-wells. A fire chief doing heaven knows what all and nowhere to be found. Out-sized personalities throwing back booze and sharing a spliff.

They were the kinds of guys who today would more likely be on the losing end of a harassment lawsuit than celebrated with an annual look-a-like contest. Ernest Hemingway, always at the top of Key West’s “beloved” character lists, lived in Key West for eight years. He was a jerk; his publicists tended to clean up the more public messes.

(I’m writing this sitting in the Atlanta airport awaiting a flight home. The conversation next to me proves the point. Four tourists sharing their “best of” list when visiting Key West. “You just have to go to Sloppy Joe’s and sit at the bar like Hemingway did.” Sigh. Booze, babes, bad behavior, a decent publicist, a bunch of newspaper stories and Hemingway becomes a full-on Key West character.)

Anyway, back to the point.

These days, or so goes the lament, there are no Key West characters. All this over-renovated, marble-topped gentrification has sandpapered us into, well, if not The Villages, how about Vineyard Lite? We shake our heads with a sigh. Key West just isn’t Key West anymore.

See what I did up there with Miss Andie? One hundred seventy three words cherry picked from her life and a perfectly normal woman transforms into a lady of mystery. She’s got the beginnings of a classic island legend.

Add in a location like Key West and, I’m telling you, island characters just can’t help themselves. They get bigger than palmetto bugs in your shower drain.

No one becomes a certifiable Key West character without some effort. You gotta wear the sequins, so to speak; show up where fotogs lurk; cultivate your oddities and toss away pretty much all shreds of embarrassment. Then you’ve got to know someone with words. Lacking that you’ll need a handful of social media accounts and a penchant for sharing selfies. And, let’s be honest, one likely is a better character with more out-sized legends once one is, well, dead. It’s hard to be a real character when folks see you picking through the potatoes at the grocery store. Even the best of living legends has to take out the trash and sort the laundry.

Words make legends. Admittedly, one needs good material, an eye for detail and an imagination for possibilities, but it’s the words that up the ante from neat lady to Key West character.

With 173 words each, I can turn Flat Jean, Chef Martha, Darling Daniel, the lovely Miss Sheila, Curmudgeon Artist and the woman-with-a-building-named-after-her into budding Key West characters. Just like Miss Andie, her sidekick, Tony; Ranger Ed and the Cat 5s.

There’s no shortage of Key West characters. We just have to pay attention. And tell their stories.