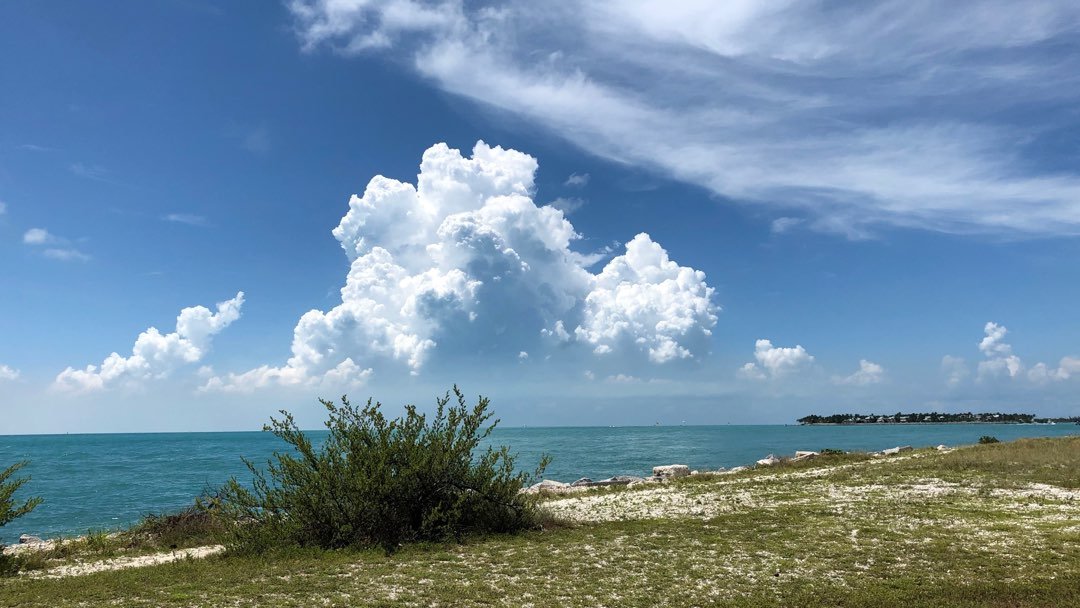 Key West parking, sidewalks, sargassum and e-transportation | We are back to normal

When I can smell mounds of decaying seagrass, summer’s on no matter what the calendar says. And, when the island’s conversations are about Key West parking, sidewalks and electric bikes and scooters — and not masks and vaccinations, I know we’re moving past last summer’s Covid-19 lockdowns. Feels good on both counts. 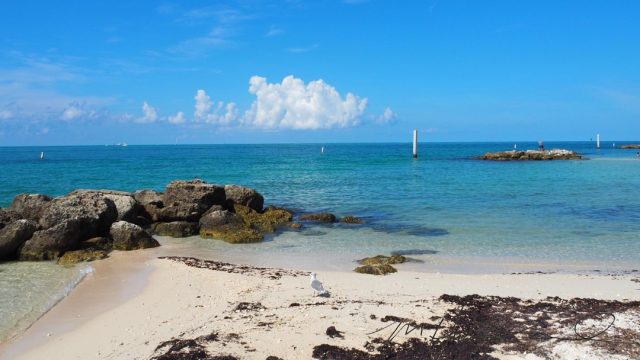 The next four months, pretty much right through Fantasy Fest Oct. 22-31, will sort lovers of Key West into two camps: Those who think hot, steamy, stinky island life is bearable and those who don’t. The don’t folks, if they can swing it, high tail it to climates where evening temperatures require a sweater.

A lot of snowbirds found out last summer, thanks to “the Covid,” that Key West summers are not for the faint of heart. Hunkering down on the island during Key West’s 2020 Covid season was way better than doing so, well, anywhere.

But, given a choice, I suspect the idea of a second round of island summer will find long-term visitors and second-homers packing. Usually this late in June we’ve begun that slow(er) time when reservations aren’t as necessary, when local discounts pop up and parking spaces might actually be available.

That’s not been true this June. We’ve been as busy as high season, which is good for cash flow, at home and in the halls of government. Other vacation destinations remain closed and we’ll see, I suspect, a lot more families coming for vacations. We might not even have a slow season this year.

Still, it’s going to be interesting to see if the crowds, many of them visiting the island for the first time, will stick around. Remember, Key West in the summer doesn’t smell a thing like Key West in January. Not to mention that H-swear word with the potential to have us all re-locating with our go-bags packed.

For those who will summer in Key West, here’s my summer topics list:

Cruise ships: Though Gov. Ron DeSantis may not sign the bill that allows the state to overturn Key West’s referendums, he’ll not veto it either. He’ll let it become law and later be able to say, “I did not sign that bill.” Please, let me be wrong.

Sidewalks: The city is trying to figure out how to allow restaurants to keep outdoor dining on the sidewalks, a nice touch during the Covid season. There are ways to do it if there’s political will, which, forgive my skepticism, is doubtful. I ask just this: Remember that sidewalks, actual sidewalks, are for PEOPLE. Not for chairs and tables that make it impossible to stroll through or window shop. I had to walk out into the street last Saturday to get around a gaggle of folks sitting at sidewalk tables. The diners were annoyed when folks passing through bumped into them.

E-everything on wheels: The sidewalks are for people concept extends to the explosion of e-bikes, e-scooters, e-golf carts and whatever e-thing can be used to get around town. Get them off the sidewalks. We can’t get rid of them because the state controls most options. At the very least, how about some enforcement? An electric golf cart does not belong on the North Roosevelt promenade.

Parking: There are two twists to the customary parking woes. First, the Passport smartphone app, which works nicely for paid parking, does not work for the four, four-hours-free-with-permit lots. It was a promised feature; the city says it doesn’t know when it’ll work.

The second parking twist was the superficial presentation to City Commission June 15, by a company called FLParkingCo, a subsidiary of UPP Global LLC out of Portland, ME. At the behest of former commissioner Tony Yaniz, they did 10 minutes or so of “here’s how we can make money for you by taking over parking.”

Except, it really wasn’t about parking. It was about enforcement. They’d have what they call “parking ambassadors” cruising around, looking for scofflaws, ticketing cars – and collecting fines.

I’m all for enforcing our parking regs. I’m all for raising the cost of parking and keeping local free permits. If the city needs a return to “meter maids,” hire local.

It stinks: We’ll be talking about heat, humidity, hurricane forecasts and sargassum, which befouls water, sand and air. It won’t hurt you; visitors hate it. The city and county clean the beaches daily. Fort Zach does not; it’s a state thing. Expect yuck.

I love summer in Key West.