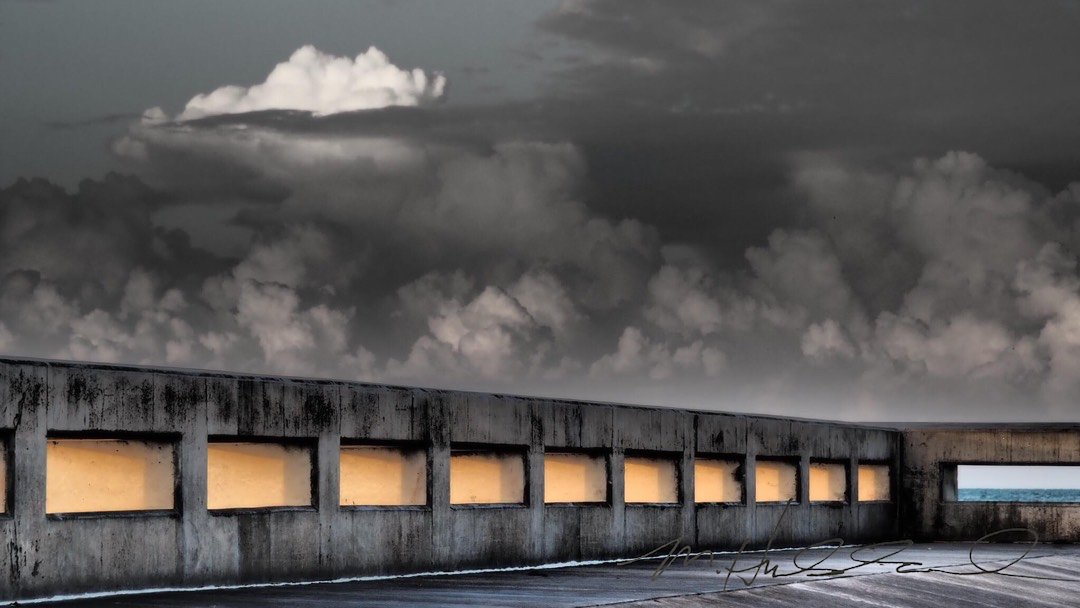 In Key West, a town that makes a decent chunk of its living touting historical stuff to visitors, you’d think there’s gotta be a reason for that quarter-mile-long highway of concrete at the end of White Street.

You know, like there once was a fishing village or a pirates’ lair. Or it had been a terminal for the daily arrivals from Cuba over the horizon. Maybe a long ago weapons cache for Fort East Martello down the block. For the conspiracy theorists, the pier’s location might be the secret entrance to the tunnel to Havana. Or, for the truly historically challenged, maybe it was build as part of the AIDS Memorial at the entrance to the pier.

Heck, until 2016, even its name was utilitarian. 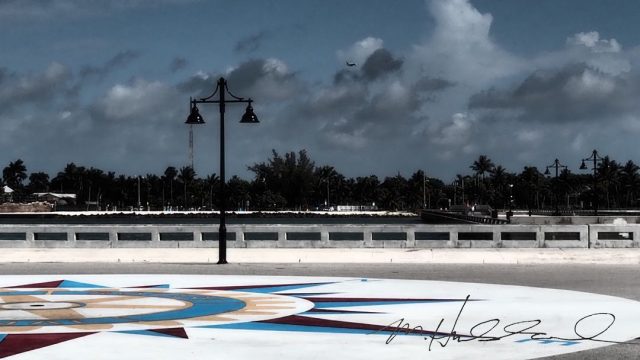 Key West’s White Street Pier was an extension of — oh you’re so smart — White Street, the main Atlantic-to-the-Gulf road on the island’s east end. In June 2016, the City of Key West honored long-time real estate entrepreneur and philanthropist Edward B. Knight by renaming the pier. I suspect it will be years before locals call it that, though Google learned pretty quickly to serve up results for both names.

Back in the late 1950s, the city had a pocketful of surplus funds and asked the residents what it should do with the cash. The consensus? Build a fishing pier. And, so the city did. The White Street Pier opened in 1960, a quarter mile of slabbed concrete, reminiscent of the Brutalist style so popular in mid-century American architecture. Brutalism is all about mass, scale, concrete and texture. The pier has no cute gingerbread cutouts in corners or adorable decorative wooden railings. Just massive concrete walls with functional openings through which the Atlantic roars during hurricanes.

I’ll go out on a limb and say most people dislike the looks of the White Street Pier. I’m equally confident the pier’s design, if proposed today, would raise such a gawdawful ruckus it would never get built. Building it today would likely be an environmental scourge. Yet, there it is; I’m glad it got built before we knew better about all those things.

There’s no shade. It’s hotter than the proverbial blue blazes out there at midday. There are no nearby restaurants, except Salute on the Beach. There’s no nifty food truck from which to grab a sandwich or beverage. There are no bathrooms. Seating is limited, though a bunch better these days with the addition of sculptor Craig Berube-Gray’s amazing stone memorial benches. (Folks are known to camp out pre-dawn and pre-sunset to ensure they have their preferred bench.)

We might not like its hulking, looming design, but we sure are passionate about that pier. Just ask Key West chef and photographer Martha Hubbard, whose photos chronicle the life of the White Street Pier.

In June 2016, the city spent $137,600, filled in potholes and cracks and resurfaced the pier with asphalt. Black, tarry, hot, stinky asphalt. We suffered apoplectic fits for weeks despite assurances from the city (and our own commonsense) that, give or take a month, the wind, sun and assorted tropical storms would weather that black highway back to its calming, soothing gray. We were not believers. Darn pier looked like an airport runway or that obscenity of a Florida turnpike. We were, of course, wrong and the city was right. We were back to gray in short order.

The Key West Sunset Rotary maintains the glorious compass rose that spills across the open platform at the end of the pier. First painted in 1998, between the repaving of the pier in 2016, followed by Hurricane Irma in 2017, the rose was gone. There was much lamenting and gnashing of teeth until Sunrise Rotary repainted the compass rose in July and August 2018.

Over the years, I’ve spent a lot of time on that pier. Once I thought I saw the Southern Cross in the deep, dark of night. I’ve sat grief-stricken as the waves crashed against the concrete, crying when my mother died. Her ashes are there. I’ve celebrated sunset with friends, family and strangers. I’ve dropped Ranger Ed off at the airport for the pre-dawn flight and then watched, coffee from home in hand, as the sun rose and his plane departed. I’ve stood drenched as waves crashed above my head and wondered at the hand of God. I’ve watched in delight at low tide as the fish cavort along side the pier.

I know the shock of seeing brilliant, bold colors emerge in a digital photograph when the eye sees nothing but gray steel and concrete. I’ve seen the pier bleed rust from its joints. It is miraculous that this Brutalist structure, which to most folks is kinda ugly, can produce so many spectacular colors, shapes and movements. It’s as though the pier’s heart beats under its drab, inanimate surfaces.