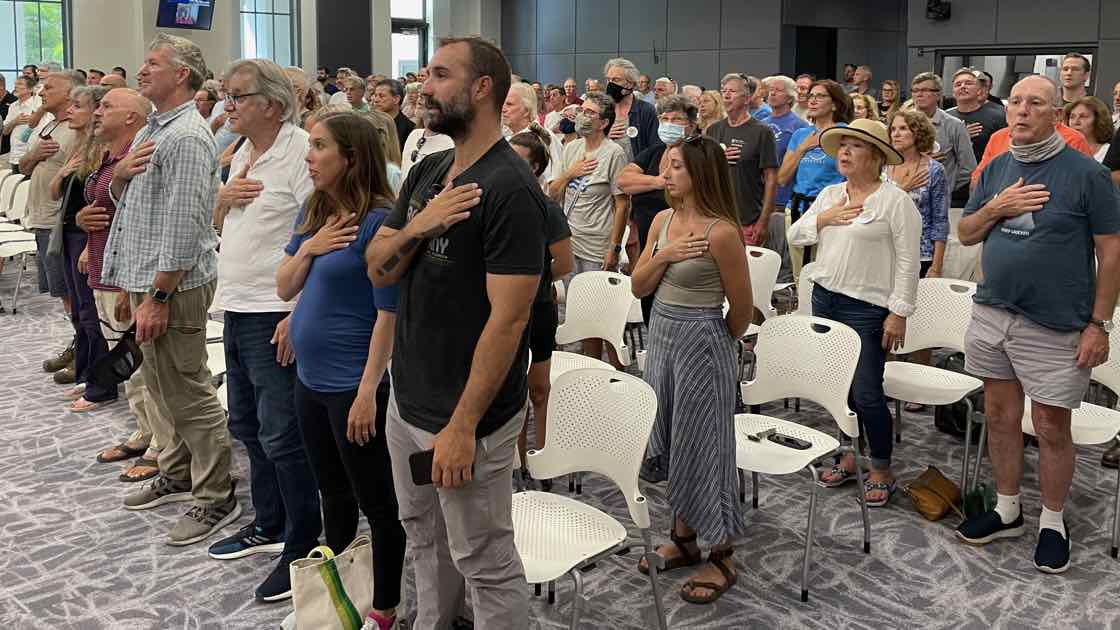 Key West cruise ships: Shorthand for we are drowning in visitors

Cruise ships are the target of Key West ire. And the packed-house audience at Monday’s city commission meeting was having none of that accusation. They grumbled — respectfully it should be noted — in opposition when a pro-ship speaker accused them of unfairly targeting cruise ships.

Saying Key West voters aren’t targeting cruise ships is disingenuous. Of course we’re targeting cruise ships. They’re monstrously huge against our small island, owned anonymously, easy to vilify (often justifiably) and a scourge to the environment and quality of life in tourist destinations around the world.

Cruise ships as Key West knows them ought be gone or as the referendums make clear, so tightly regulated that there’s no reasonable way for them to be here. I suspect our island tourism can withstand their demise, even when the transformative weirdness of our post-Covid-19 world lures our current batch of visitors to adventures on other islands. We’ve been without cruise ships for 18 months, since the Covid-19 shutdown. We’ve adapted economically to their absence as record-shattering visitors disgorge onto the island from vehicles and airplanes in search of their own Covid escapes.

Cruise ships themselves aren’t the problem; they’re the shorthand. Cruise ships are a symbol of the much larger, more complicated transformation of our island. We’ve gone in a matter of three decades from “working town where some folks drop in for a while and maybe stay forever” to a prohibitively expensive retro-fit of Orlando Disney’s version of Key West. And since we have few other ways to vent our escalating concerns and frustrations, “cruise ships” makes for a handy shorthand.

What I mean when I grouse about cruise ships is this: 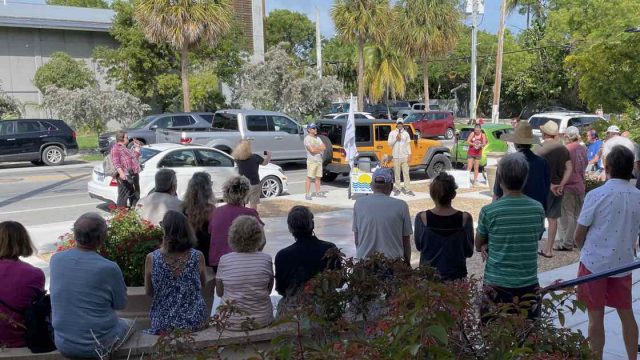 In November 2020, Key West voters overwhelmingly said “we want safer, cleaner, smaller ships.” Sixty-three percent said cap at 1,500 the daily number of disembarking passengers. Sixty-one percent said prohibit ships with more than 1,300 passengers. And, a whopping 81 percent said ships with the best environmental and safety records should get docking priority. There was but one question Monday night: Would commissioners find a way to implement the referendums’ intents, despite the new State of Florida preemption that forbids Key West from doing just that?

We’ve got your backs. Monday evening (July 12) at its meeting, Key West City Commission, after listening to its attorney’s recommendations and to a dozen local residents who reiterated support or opposition, told the community “we’ve got your backs.” They instructed the legal staff to draft the language for city ordinances that will implement the intent of the three referendums across the three piers used by cruise ships in Key West. They promised the legal staff the resources it would need for what will likely be a heavy-lift project, especially with a turnaround time of August when the commission wants to vote on the ordinances.

And, they acknowledged they needed to prepare themselves and the community for what could well be the staggering costs of the lawsuits that most assuredly will be filed. In 2009, after 14 years of litigation, the city paid $8 million dollars to Duck Tours Seafari to settle a lawsuit growing out of Seafari’s claim it was denied a license to operate because Historic Tours of America had been granted an exclusive license by the city. “This,” said city attorney Shawn Smith, referring to potential legal actions, “will be Duck Tours on steroids.”

I signed the petitions last summer. I voted yes on all three referendums in November. I sent money to Safer, Cleaner Ships. I lament the ways in which the Duval Street district in many places has morphed into a sad and tattered experience for locals and for visitors as shops catered to whatever spare change cruise visitors handed over. I believe the city commissioners are committed to reviving and revitalizing Duval and its ancillary streets.

Limiting cruise ships is a good first step, a shorthand, if you will, for the path a majority of Key West residents have chosen to walk.

But, let me make this point: Be careful what we wish for. We are smack in the middle of summer when the island — even with cruise ships — is supposed to be a bit quieter, more home town than tourist destination. Instead hordes of exhaust belching rental scooters and golf carts, ceaseless airplanes overhead, partying vacation home renters and well-heeled hotel, water sports, restaurant and bar spenders are taxing our fragile ecosystems and infrastructures. Our island home cannot sustain this level of tourism and ensure the delicate balance between home town and tourist destination.

We’re going to have to pick one.