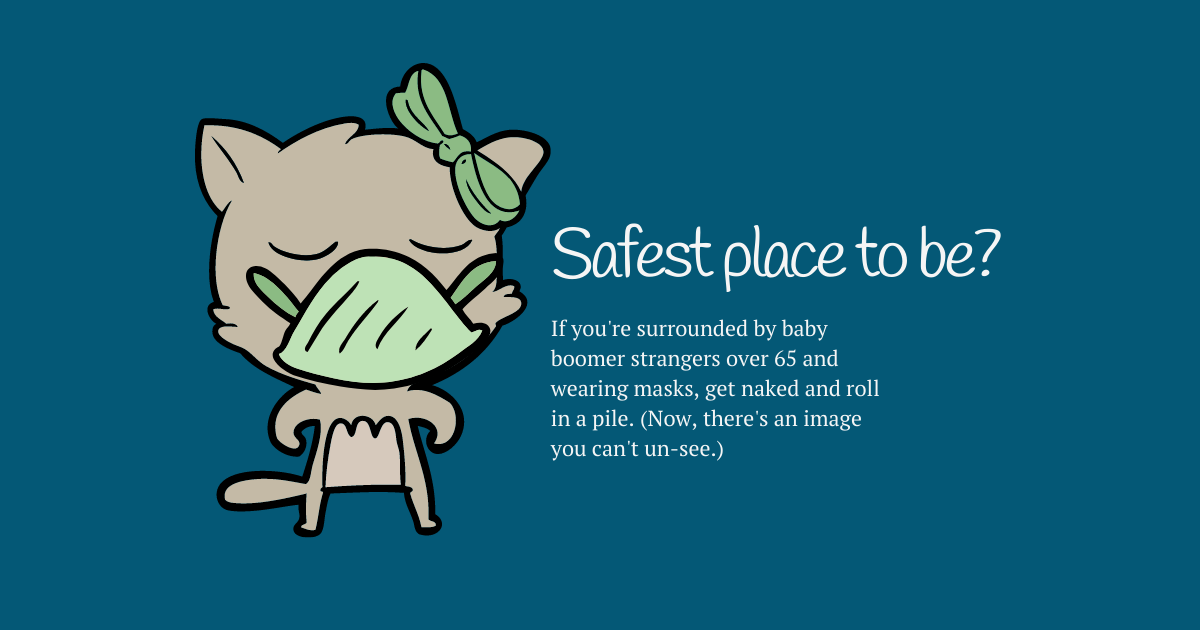 Here we are smack in the middle of “freedom summer,” the mythical promise that by the time school started mid-August in Key West, we’d be rocking and rolling toward a Covid-19-free (or at least manageable) holiday season with hugging, kissing and up close and personal. We got our shots; well, at least some of us did, and we ditched the masks and we went about having fun. We figured our new normal was going to look exactly like our old, pre-Covid normal and we acted accordingly.

How’s that going for ya, huh?

The folks I know best got through Covid-19 Round One pretty much physically unscathed. Not so much with Covid Round Two. It’s like not a day passes that someone doesn’t text with a “tested positive for breakthrough.” We’re in that “Six Degrees of Kevin Bacon” parallel universe. We all know someone quarantining, testing positive or worrying about a recent contact. Sooner or later, and based on the escalating numbers, it’s going to be sooner, we’re going to be hacking and sneezing our ways to no degrees of separation.

Florida is second only to Louisiana as today’s U.S. hot spot. Don’t let that confuse you, though, because Florida’s population is way bigger. That means we’ve got 58.4 people dying per day; Louisiana’s got 16. (Six a day are dying in New York, which has a population similar to Florida’s.) Covid-19 really, really sucks in Florida. And, it’s going to get worse because, well, you know why.

Instead of a happy hour last week, I bought a rapid test kit.

It’s enough to make me run screaming into the muggy night. I want this to be over. I want no masks. Given how eager we were for a vaccination last year, I figured getting to 70 percent would be a piece of that proverbial cake and with a little effort, we’d get maybe another 10 percent to queue up. (I knew it wouldn’t be 100 percent because, let’s face it, 2.5 out of 10 folks are just clueless.)

Today’s vaccination hubbub irritates me no end. The anti-maskers and their pals the never-vaxers seem hellbent on killing themselves over really stupid stuff and taking the rest of us with them. Angry? Nah. Enraged.

Mary, Joseph and the Wee Donkey, girl, get a grip. With a deep breath, I accept that I can’t control this hurricane. I can, however, make my own protocols. Help yourself to mine; they’ll help regain some sanity in this  cra-cra mess.