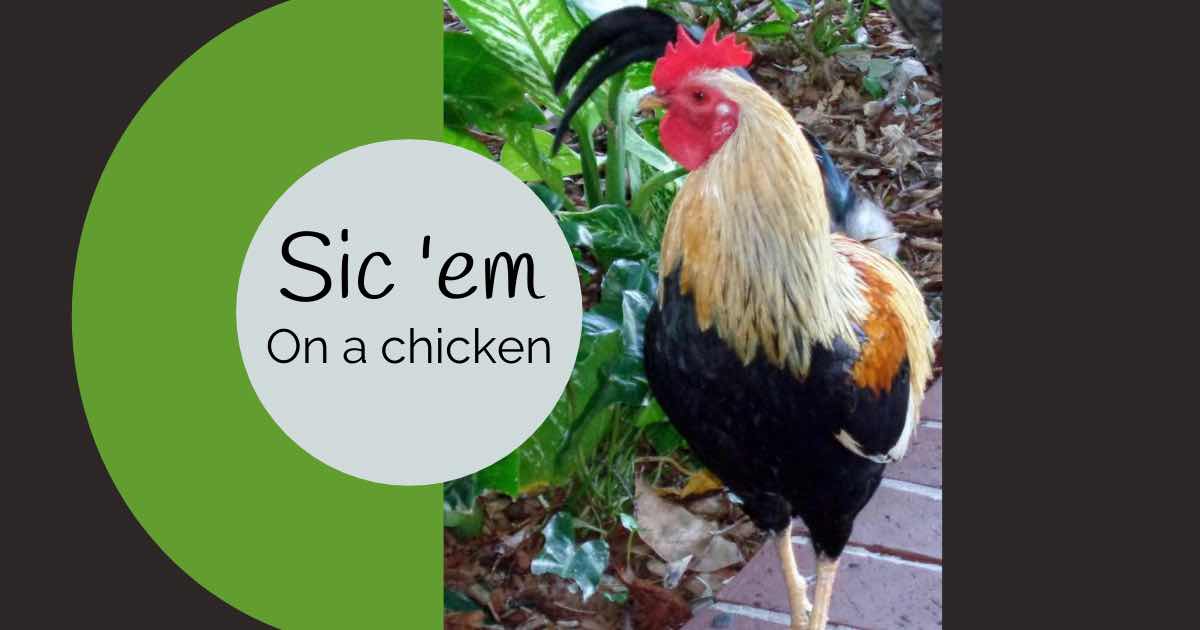 Chasing chickens and other Key West critters to discombobulate the unaware

Sigh. It happened so subtly I was unaware. I have become that old lady who chases Key West chickens.

Friday was a glorious island day. Sunny skies, summer-into-fall clouds, light breeze. You know the drill. I was neck deep in the pool listening to Zac Brown and finishing up my workout when he stuck his head around the corner. Darn that was a handsome rooster, my brain thought, before I did a second take to say aloud: We don’t have roosters in the yard. Where the heck did he come from? But since he quickly reversed course, I figured good riddance and went about my business.

Until that is, I saw him and his lovely companion, Ms. Hen, scratching around alongside the front walk. Gotcha. I knew that video security camera would come in handy. There he was in all his feathered glory crowing and cackling like he owned the place. So, out the door I went and feathers went flying. I’d shut the gate so the two up and flew over the fence. And, you thought chickens didn’t fly. How do you think they roost in your trees, huh? Like climb a ladder?

Anyway, I chased them chickens up the block a ways and waltzed back into the yard pretty pleased with myself. Until I slammed four of my five left toes into a chair on the porch. It was not, I assure you, my finest hour and I apologize to the neighbors who must have wondered when a sailor (no disrespect) moved in next door. That’s what I get for wearing flip flops on a chicken chasing.

Right now, those two are playing house at the neighbors who happen not to be here. Chickens are smart that way. They know which houses are empty and they move right in, make phone calls to their friends and pretty soon there’s a whole vacation rental vibe. Late night parties that leave all kinds of mess behind; early morning screeching about who’s going to make breakfast. Chicks a’hollering about being hungry. And a whole lot of moving in and out so’s one doesn’t know who’s actually holding the lease.

Welcome to Key West livestock. Live here long enough and one doesn’t even pay attention to the bugs, lizards, critters and feathers underfoot. Which is why I sit here with my left foot propped up and wonder why in the heck I decided I needed to be the crazy chicken-siccing lady. I knew the gate was open. I knew they’d wander out eventually because there’s not much scratch food in our yard — plus the Cat 5s glare dangerously from windows all round. Chickens know when cats are close even if they don’t come out to, well, play. So, why chase a chicken? Dumb cluck.

I get a perverse kick out of listening to island visitors and newcomers get exercised about the tropical critters. Lots of posts asking for help getting rid of those ghost ants and anoles, (Best advice? Re: Ants. Don’t leave crumbs on the counter. Re: Anoles: Ignore ’em. Yes. Even in the house.) Or, how to keep chickens from crowing and cackling. Amazing how these folks actually believe said fowl don’t make noises except at sunrise. Just so you know: Roosters crow when they see light. So big moon? Big crows. Street lights? Lovely up-lights in your palm tree landscape? Crow some more. 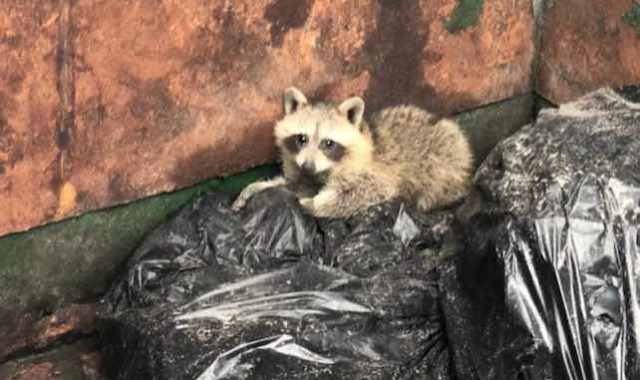 In short, what with modern day lighting, city roosters crow all the time. They don’t care that you have to go to work, that they’re waking your kids or disturbing your sick mama. That ol’ rooster is telling the pretty ladies he’s awake and ready to party. Pretty much like, well, some people.

These days, we’re adding opossums and raccoons to our urban island menagerie. Ranger Ed found the cutest raccoon in a Dumpster at Fort Zach a week or so ago. Friends have started telling tales of overturned garbage cans and midnight prowlers. There have long been a handful around and heaven knows what goofus may have thought they were cute pets and released them when they, well, weren’t cute anymore. No matter how they got here, short of shooting them, we’re likely to have these furry scavengers join the scaly iguanas in our yards.

Oh, well. Life on the island. Just remember to ditch the flips when siccing chickens.