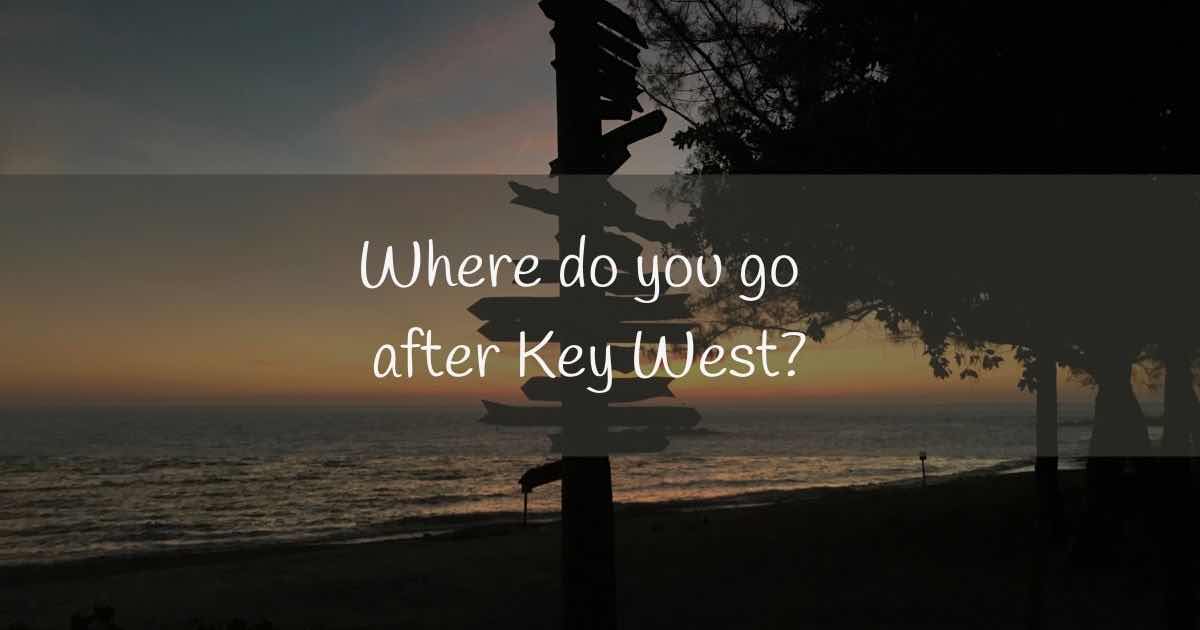 Hard to believe but folks do leave Key West — permanently

In the way-back I lived in a place where the first question asked of a newcomer was: Why in the world would you move here? Eight words, each said with inflections of disbelief, as if moving to said place was about the weirdest, least explicable thing one could do. Now I live in Key West, a place where everyone knows why you’d move there. What most folks rarely stop to think about: Why would anyone up and leave?

Key West’s resident population ebbs and flows with the economy and the military. The better the economy, the more folks move onto the island. When in the 1940s, the U.S. military flexed its economic muscles, Key West’s population jumped from 12,927 in 1940, to 33,956 in 1960. Then there was that oops moment in the 1970s when the troops moved elsewhere and the island’s resident population dropped precipitously to 24,382 in 1980.

Over the past four decades, the island’s population has bumped along steadily in the mid-24,000s — until the 2020 Census, which pins Key West’s population at 26,444. That’s 1,795 newcomers who’ve moved to the island in the past decade. (I say moved here because, for sure, we haven’t had that many babies born.)

Clearly, the Key West Mystique continues to call strangers to the island. What we don’t yet know from the Census data is whether those new folks are actually living full time in Key West. Some may, indeed, be folks with multiple addresses and claiming Key West as their primary or household residence.

I’m betting, though, that most are aging baby boomers who’ve chucked the mainland life for a last fling with the memories of their 20-something selves. We’ll get a clearer picture when more data is released, but for now, adding 1,795 new residents is, well, a lot.

We’re not crazy when we say the island feels more crowded than it used to. What with all those newcomers and record numbers of visitors, the island is — cliche ahead — bursting at the seams.

So, if everyone wants to move here, why would anyone want to leave?

Number one reason to leave Key West: There’s no place to live, work and raise a family. Over the past year as Covid-19 highlighted the island’s escalating shortage of workers, we’ve seen wages increase as businesses contort themselves trying to find someone — anyone — to fill the staggering number of vacancies across town. Despite the wage and salary increases, the bonuses and the benefits, that compensation packages still aren’t enough to live here, much less raise a family. Unless, fingers crossed, you’ve found a way to buy an actual house. If you’re in your 20s and want to hang for a few years working boats and serving beer, have at it. But when it’s time to be a grown-up? You’ll be forced to the mainland.

Number two reason: One can’t age-in-place in Key West. If you’re an actual Conch with an extended on-island family, you might be able to die in your homestead bed. Said family members might be willing to provide the support and assisted living we’re all going to need in the last decade or so of our lives. For the rest of us? Prepare to pack for the mainland if you want assisted living, long-term care, memory care and hospice. And, don’t imagine that you can hire someone to come in or live in to care for you — unless you’ve got Got-Rocks kinds of cash and can bring your caregiver with you.

For arguments sake, let’s say I’m right about who those 1,795 newcomers are. They’re physically active men and women in their late 50s, 60s, 70s and early 80s, with enough resources to afford a home in one of the nation’s most expensive housing markets. They can pay wind and flood insurance and don’t flinch at driving to Miami for health care and retail shopping. They’ll spend 10-30 years supporting the island’s arts, theater and cultural venues, maybe even dabble in local government and politics — and then they’ll depart for mainland’s promise of long-term care.

More than once in the past two years — and escalated by Covid — I’ve heard full-time residents who moved to Key West in the past decade say: “We never planned on Key West being our forever home. With real estate prices so high and with the need for health care, it just seems like a good time to go where we can make long-term plans.”

The next decade could be daunting for Key West as its leaders and residents wrestle with a disappearing work force, a severely diminished middle- and professional class and an escalating demand for aging-in-place services. But. Key West is nothing if not resilient. Since the 1830 Census, the first one for Key West, counted 517 (white) residents, the island has figured it out. Let’s count on that.