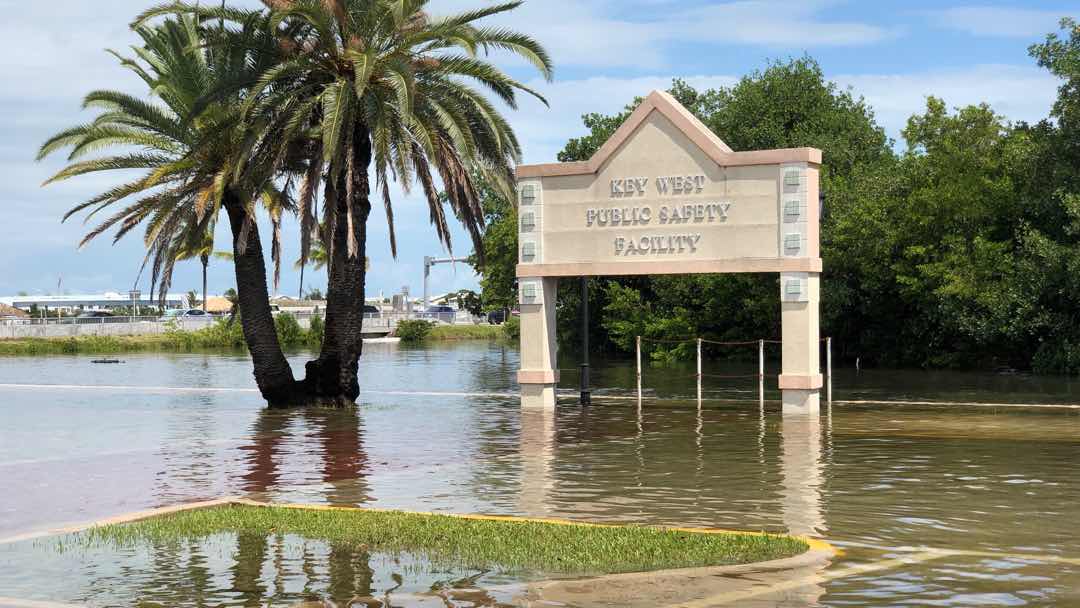 Three things come at a premium when you’re living in Key West: An X flood zone, which until Oct. 1, had meant your house wasn’t as likely to flood and therefore the mortgage company wouldn’t require flood insurance; parking because there isn’t any in Key West; and outdoor space because our city lots are tiny and our houses small.

In addition to the standard homeowner’s insurance, mortgage companies require wind insurance (pesky are those hurricanes) and flood insurance unless one’s house were in an X flood zone. Ours was, so the mortgage company was happy to forego the flood insurance. We are not. We’ve always lived in some sort of flood plain, even when there was no water nearby. In the New Jersey “highlands,” the plat map showed a 100-year-flood zone around a tiny creek that ran deep into the back yard. Would we risk the flood? Nah. We bought the insurance.

We did the same in Key West. For less than $600 annually, the Federal Emergency Management Agency, which operates the National Flood Insurance Program (NFIP), sold us the basic flood insurance policy. Just because it was unlikely the house would flood (nothing in Wilma either) didn’t mean we were willing to play the odds.

We also spent the $400 to get an elevation certificate, which is the “gold standard” for proving how far one’s house is above sea level and storm flooding.

Dang. I am glad we bought the insurance and the certificate. On Oct. 1, FEMA rolled out its Risk Rating 2.0 ratings system, which does away with flood zones (no more “What? Me worry? I’m in an X zone” island shorthand) and instead bases flood insurance premiums on its own internal data algorithms. In the past, your flood insurance premium reflected such things as construction and foundation types, first floor elevation and mitigation efforts. At the moment, what’s being used is pretty murky because no one except FEMA knows exactly what data is determining its default rates.

But we do know two things:

First, under Risk Rating 2.0, pretty much every policy holder in Monroe County is going to see increased premiums — some to the tune of thousands of dollars annually. The first to feel the effects of these increased premiums are new home buyers. That happened on Oct. 1. On April 1, 2022, homeowners with renewing policies will begin getting the bad news.

Fair Insurance Rates in Monroe, known locally as FIRM, estimates homeowners throughout Monroe County could see flood insurance rate increases ranging from $100 to $9,000 annually—with an average increase of $3,200. Federal law limits a homeowner’s annual flood insurance premium increase to 18 percent, so it could take 20 years for the full impact to be felt — by existing policy holders. If you’re buying a house today, with a mortgage, or you’re looking for a new policy, you get to swallow the entire rate increase in one bite.

FIRM this week ran a series of flood insurance premium tests using 44 Key West properties. Using their elevation certificates, 36 would have a lower premium than if they used the FEMA default. Eight saw no change and none saw a higher premium than FEMA’s default price.

Ranger Ed and I pay $572 annually for flood insurance and another $6,492 for wind from Citizens, the state-run insurer of last resort. That’s the least coverage the mortgage company lets us get away with. We know folks whose monthly insurance premiums make the mortgage payment look insignificant.

I know those premiums — and the coming increases — reflect our choice to live in a place that Mother Nature and her companion Sea Level Rise are determined to make uninhabitable. For those of us who have chosen to live alongside a bayou, a river, a lake, an ocean, this is the price of living where there’s water. It’s going to be a fearsome transition as rate increases show us just how expensive that price really is.

Editor’s note: I am a member of FIRM’s board of directors.