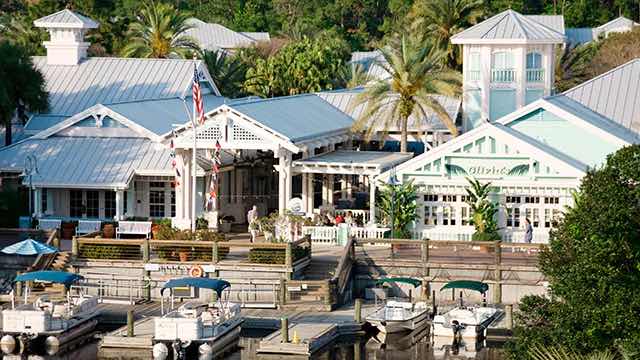 Key West could use a few of those Disney World “utilidors”

Disney World’s Key West is not Key West. Though I understand how first-time visitors might find that confusing. Especially if they’ve tripped across the Disney World promotion videos for its Old Key West Resort.

I mean Disney’s Old Key West looks like, well, Key West’s Old Town — if Old Town’s sidewalks were scrubbed down daily; if tourists didn’t toss their cookies curbside after a day drinking binge; if our landscaping were manicured to within an inch of its life; if no streets were closed for repairs; if the Gordon Food Service trucks didn’t block Duval Street in mid-day; and, if there were no scooters, electric bikes or games of musical car parking.

Disney’s Old Key West has its own version of the Chart Room and the Key West Lighthouse (though Disney’s has a luxury spa and ours has 88 steep steps to the top.) It’s got a Turtle Krawls and an Olivia Cafe. It’s got a marina with an express ferry and watercraft for rent.

Once can understand why visitors conditioned to the Disney ways of doing things might be nonplussed when they visit the real deal and find a working town not always dressed for the party. And, they wonder why there are blaring horns, flipped fingers and assorted cranky shouts from locals about not walking down the middle of the street or electric-biking the wrong way on Olivia.

Unlike Disney, Key West, the real one, has to do its business right out there in the glare of day. Roads repaired. Trees trimmed. Buildings painted. Supplies delivered. Sure, there are ways to mitigate the disruptions, but we’re never going to get most of our “cast members” to sweep the streets in front of their shops, much less empty stinking trash cans surreptitiously.

I’ll cut some slack for the visitors. Between the bar set by Disney’s Old Key West Resort and the Tourist Development Council’s images of a tropical paradise, it’s understandable visitors might be expecting something closer to a Disney experience.

But locals? Really? Why all the grousing about road work, building repair and landscape maintenance? You think that stuff’s gonna get done with a handful of pixie dust? This isn’t, as I’ve said already, Disney World.

On Monday, Oct. 11, Monroe County began another round of beach restoration for Higgs Beach. The 570-foot project will take almost a month and will add sand above and below the mean high water line, re-establish sea turtle nesting areas and prevent future shoreline erosion. That’s good stuff, folks, because Higgs is a favorite locals’ beach.

But. At the same time the county is bringing Higgs back to life, the state is fixing Bertha Street, a rebuild project long overdue and one that’s already making locals and visitors crazy with road closures that can send you around backside-and-elbow to get from Old Town to the airport and back. We’ve been hollering for years that Bertha was a mess; now we hollering that we’re inconvenienced.

Add in the Higgs Beach restoration and all that means a delicate ballet of huge sand-toting dump trucks staging in the trolley parking on White Street, trying not to overrun the workers and equipment fixing Bertha, dodging the ride-share cars lost on their ways to EYW and everyone forgetting to watch for the bikes, scooters, hover boards, walkers and school buses.

Wait. We’ve got more. One minute — literally — before the county announced the Higgs Beach work, the city of Key West sent out a news release about the closing of the 300 block of Fleming to traffic and pedestrians from Oct. 12 through Jan. 5, for the emergency demolition of a parapet on the Jefferson Brown Building.

And, social media went nuts. “How dare the city shut down a major street at the start of tourist season? How dare they make me go all around downtown just to get home?” That was pretty much the tenor of things — even after they were reminded that the 300 block is between the backside of the post office and the utilitarian side of the courthouse. Look, I use that block as a quick cut-between to get to Fort Zach. It’s handy and way better than waiting for the decades-long light at Southard and Whitehead. Inconvenient but hardly outrage worthy.

We aren’t Disney World, folks. We don’t have those cool “utilidors” that run underneath the Magic Kingdom so visitors don’t have to see the nasty stuff like trash hauling or cast members swearing because they’re late for work. We’re a packed-to-the-edges working island where everyone gets to see how we change our clothes and patch up our drawers.

Don’t even think of suggesting we should build tunnels in the coral under the town. Even if it were possible (it isn’t), we’d all complain about the dust and noise.