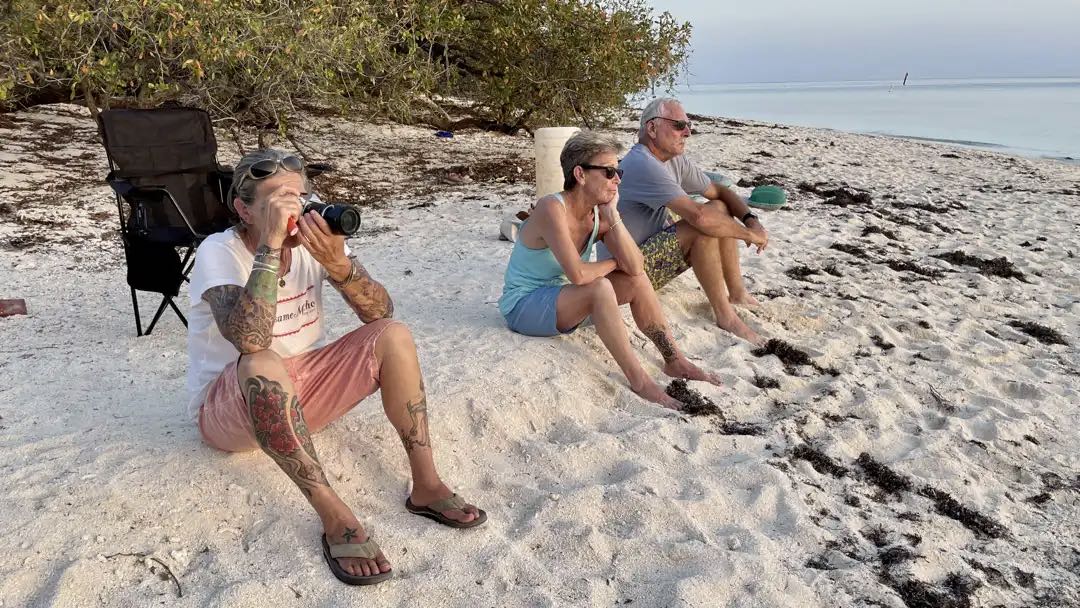 Ranger Ed and I thought we were onto something in April 2017, when we did our first three-nights-four-days camping at Fort Jefferson in the Dry Tortugas, 70 miles west of Key West. Let’s do this every year, we said with sweaty grins and stinky hair, forgetting in less than 12 hours that we’d spent a goodly portion of those four days riding out a tropical storm in a tent.

Do it again we did in May 2018. We tried in 2019, but between a bunch of family things and a nutty island schedule, we skipped. Yeah, and then Covid, which would have been a great time (we thought) to go except so did a bazillion mainland folks. The wait for reservations went from six months to a year.

Camping at Fort Jefferson had become akin to the Covid-inspired Disney World crowds but without the amenities. Not only was the ferry booked out forever, but anyone who could beg, borrow, charter and (perhaps) steal a boat was headed to Fort Jefferson with a sleeping bag and some charcoal.

Didn’t sound like much fun and we thought maybe we ought get rid of the camping gear. Then one day this spring, as I made calls for a previous column, someone canceled and I scored four reservations for mid-June. I whipped out the credit card and texted my ranger, Martha Hubbard and Kathy Flick to start packing. I should have called the cat sitter first because sitters willing to take on the Cat 5s are harder to get than a camping reservation.

We spent months making lists and reminding each other not to pack too much (none of us listened).

2022 tips for camping at Fort Jefferson

We’ve learned a lot that’s not in the handouts over three, very different Fort Jefferson camping trips. If you’re camping for the first time, my 2018 column, “10 tips no one tells you” will be helpful. And, here’s what the 2022 trip taught us:

Worth the hassles? Of course. That’s why we’re going back. We’ve got 10 months to remind ourselves — then promptly forget — that we really should bring half as much food and twice as much water. And, pitch our tents in the overflow area if we can’t luck into that one, perfectly placed camp site with both a tree and a breeze.