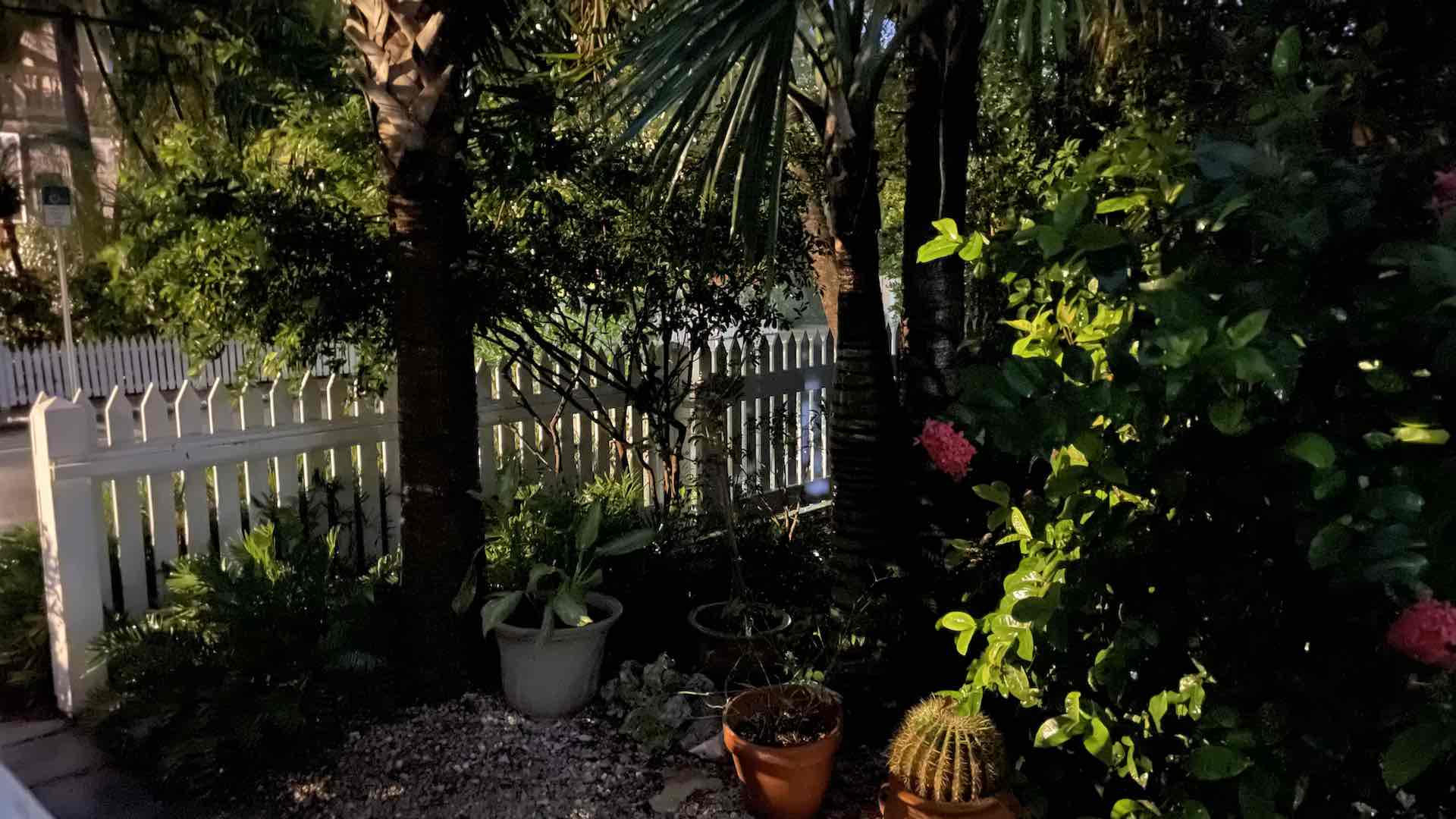 Ranger Ed and I should make a pact that we won’t tell anyone about our visit overnight Tuesday with soon-to-become Hurricane Ian.

Our sturdy little mid-1950s concrete block bungalow is so protected by our neighbors’ properties, which are taller than ours, and by our deliberately planted native hammock that we never felt, much less heard, the storm around us.

We didn’t lose power. We haven’t flooded. We lost one solar panel and the shutters did what they do. We’re raking a lot of leaves and palm fronds but nothing major came down. Our landscaping did what it was supposed to do: The deep-rooted, flexible sabal palms captured the winds up high and deflected them away from the roof, house and ground. The stoppers and myrtles-of-the-river broke the winds at mid-story and protected us from flying debris.

We had to walk out on the porch to know there was anything happening. Weird.

Hurricane Ian | Much of the island didn’t fare well

Much of the rest of the island did not and isn’t faring so well. Heavy rains coupled with King tides and storm surge had many folks trapped in their homes, water over their knees on the first floor, cars awash, streets raging rivers. There are comparisons with Hurricane Wilma’s storm surge damage in 2005.

I was raised near North Carolina’s southeastern coast. Hurricanes were part of the summer routine and, even as a kid, I learned never to say “it’s just a tropical storm.” Tropical storms that bring sustained winds of between 39-73 mph with gusts in the mid-90s are just a sneeze less than a Category 1 hurricane and the damage, including flooding and storm surge, from “just a tropical storm” can be as devastating.

If you’ve got two feet of water in your house, do you really want to quibble about whether it was a storm or a hurricane?

Hurricane Ian passed to the west of Key West overnight, Tuesday, Sept. 27, lingering late into the early evening Wednesday and bringing tropical storm conditions as forecast. But, as a hurricane-experienced friend just texted: “That was a bit more than a tropical storm.”

Sure felt like it. It was a blustery, rainy, scary overnight with winds that bumped and bruised houses and ocean side and gulf side storm surge that only those who weathered Hurricane Wilma’s aftermath can understand.

Wednesday morning storm damage was wildly mixed. Some areas, like most of the Meadows, never lost power, had little to no flooding and mostly the winds did nothing more than clean out the dead stuff.

But, the lower lying areas of the island, especially on the Atlantic side, did not fare well. Ocean water flooded into people’s homes, turning yards into lakes and streets into raging rivers. That happened again between noon and 5 p.m., as we worked through another high tide with 2-5 feet of storm surge water on top of high tides.

Newcomers to Key West, both since Hurricane Irma in 2017 and Hurricane Wilma in 2005, are unfamiliar with the gigantic task of cleanup and restoration. There is, I know, a temptation to think recovery is quick. It isn’t. It takes weeks, perhaps months, to clean up the debris, take down and replace the dry wall, pull furniture to the curb. The to-do list is daunting.

Scrolling through social media Wednesday morning was heartbreaking. Folks who thought they were high-and-dry weren’t. Folks who dismissed Hurricane Ian as “just a tropical storm,” were stunned at the damage.

And all of us will learn tough lessons over the next couple weeks: There are a dwindling few contractors and tradespeople who can step in and get the work done. Supplies are scarce; costs are high — and the mainland recovery will absorb most of what is available. Everyone is scrambling to get on someone’s, anyone’s, list.

Key West dodged the monster that then ripped into west Florida Wednesday and Thursday. It doesn’t feel like that, does it? Living where we do, loving Key West as we do, we pay an outsized price for those sunsets.