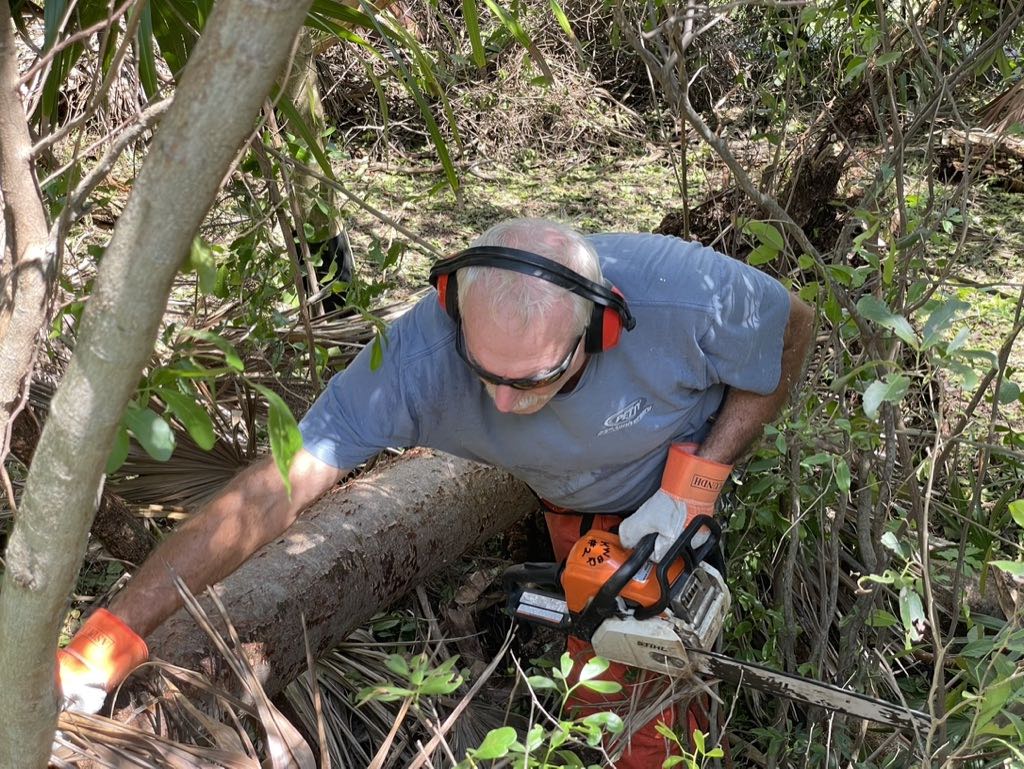 Each year in the 1950s and ’60s, my grandparents left western Pennsylvania for the winter, pulling a trailer they then parked in one or another tiny crossroads towns that were then west coast Florida. They skipped hurricane season and left for home as summer and other inhospitable moments crept in. The only thing they knew about Florida was its glorious winter. They certainly had no experience with Florida hurricanes.

Mary and Jack Murphy were early adopters of the snowbird culture that has fueled Florida’s population growth, especially along its coasts and barrier islands. When they made their annual treks to the Sunshine state there were 4.95 million people scattered up and down the peninsula. Today there are 22.05 million.

Ranger Ed and I are two of them. So, when I write that it’s well past time to stop this nonsense about “we are strong; we will re-build” after every calamitous hurricane, I totally recognize both the hypocrisy and the need to temper my observations. Let’s see if I can find a balance here.

The Key West Tropical Forest & Botanical Garden had what they call “minimal damage” with few lost trees. But the cleanup took five days, dozens of volunteers and board members — and chainsaws. Hurricane cleanup is never an easy task, even if all you’re dealing with is a Tropical storm.

Below, Garden president Ed Cunningham uses a chainsaw to clear a fallen gumbo limbo from one of the paths. Use the slider to see before and after.

We have to stop the knee-jerk, just-rebuild-it-like-it-was response. No reasonable person thinks it’s a good idea to have one’s home, even on stilts, sitting check-by-jowl with the ocean. Or on a concrete slab a couple feet — at best — above sea level. Even atop Solares Hill, Key West’s highest elevation at 18 feet, a handsome Cat 5 is going to blow away roofs, if not houses, so who cares if it doesn’t flood?

Yet, here we are days after Hurricane Ian, ready to rebuild the state and “get back to normal,” in great measure, because we always have.

What in the world were we thinking when we turned Sanibel and Fort Myers Beach — among countless others — into prime residential and commercial real estate, oblivious to the destruction of Florida hurricanes? Heck, the Keys don’t get a pass on that question either. For decades we have dredged to create canals, filled in wetlands and mangroves and paved over wetlands all in the name of “what a wonderful place to live and visit.”

I used to be one of those “if you’re house or business blows away or floods more than once, you can’t rebuild it there because I am not going to pay for your selfish entitlement.” I’m slightly less argumentative these days, but I do stand firm on this: If you build or buy in the path of hurricanes and floods, you cannot (1) rebuild the same thing in the same place; and, (2) you can’t expect local taxpayers, the state or the feds to make you whole — unless your household meets the Florida and federal guidelines to qualify for affordable housing.

That’s an arbitrary qualification and there may be better ones, but I chose it because I believe rebuilding after these storms requires that most help goes to those who need it the most. In Key West, that means taking care of the approximately 100 families who were displaced from their homes after Hurricane Ian last week.

In Florida, it means the state, starting with the governor and legislature, champion and fund the creation of new communities inland away from storm surges and man-caused flood zones, building those communities to the most stringent codes and relocating tens of thousands of coastal residents.

It means the state stepping up its environmental protection by stopping all new or rebuilding development in these vulnerable coastal communities. It means perhaps wildly increased insurance premiums or building permit fees for those who refuse to relocate or comply with more stringent building codes.

I won’t champion your recovery if you don’t have all three of these insurance policies in place: wind (usually through state-controlled Citizens); flood (always through FEMA); and, a regular homeowners policy, which likely will do nothing for you following wind, water and flood damage. I don’t care that you don’t have a mortgage or those insurances weren’t required. Surely you don’t need the gubbermint to tell you to do the right, the smart, thing?

Can we rebuild Bahama Village?

I won’t champion your “right” to rebuild in place the same thing, but, I can be persuaded to use local, state and federal funds to rebuild in place full-time residential homes like those in Key West’s Bahama Village. They can’t simply be rehabbed. They must be (likely) be demolished and rebuilt to the South Florida Building Codes and they must be elevated to withstand recurring storm surge. Unlike other parts of Florida, we don’t have any available land on which to create new communities. We will have to mitigate in place.

That’s going to require, at the very least, significant political will to allow exemptions from historic district restrictions. And doing it right means we must require that the new homes are restricted to full-time residential and cannot become vacation rentals or second home investments sitting idle for goodly portions of the year.

We can, obviously, rebuild Key West. We can rebuild Florida. We cannot stop the gawdawful hurricanes. My hope is that we can use this moment to rethink that knee-jerk “let’s get back to normal” response and recognize that “normal” just isn’t going to work anymore.