Of this I gar-ron-tee you: No matter what I write about Fantasy Fest 2022, someone’s gonna disagree. Fantasy Fest is like that cliched elephant; one can describe only what one touches. Let the arguments run amok; I’m going to say this anyway:

Fantasy Fest 2022 is the year locals and visitors-who-think-like-locals took back the party.

I first noticed the shift early in Fantasy Fest week as I followed social media posts and Carol Tedesco’s countless pictures. Those posts and pix were happy. Even among the local curmudgeons who can be miserable about most anything, the posts were tolerant at worst and happy (there’s just no other word for it) at best.

For much of the past decade of Fantasy Fests, social media posts, especially from locals, tended toward the grim, gritted teeth and rolling eyes. Too many saggy, baggy naked aging baby boomers. Too many swingers in search of “fun,” even on the streets at high noon. Rowdy, drunken crowds of outsiders; busloads of watchers complete with coolers and chairs parked alongside Duval.

Stay far away from that mess was the island mantra. Fantasy Fest isn’t fun and the sooner these people get gone, the better. Nadine Grossman Orr took over in 2017, and despite Hurricane Irma and three years of Covid-19, she and her team have darn near worked miracles.

The mood shift was obvious at the Zombie Bike Ride, which since its creation in 2009, has been a locals’ favorite, an event catering to families and drawing but a sparse few of the unclothed and disrespectful. Organizers estimated about 6,500 riders, about average for the event that has grown over the years. I’d guess there were more given that a lot of folks joined the ride as it moved from the East Martello staging ground.

I watched curbside at Dog Park near the White Street Pier, as we usually do, and, well, folks alongside and in the parade were happier, more engaged, less bored and way better costumed than in recent years. “Oh, we’ve got to do this again next year. Should we plan costumes, even if we don’t ride” was not uncommon. The best mustered in the past few years might have been “well, that was OK; what do you want to do now?”

The same thing happened on a much larger canvas at the Friday evening Masquerade Parade (no one knows it as anything other than the “locals’ parade.”) Give or take a few, 10,000 locals and visitors-who-think-like-locals made it from around the cemetery to Duval, showing off costume design skills that ranged from whatever was in the costume box on the top shelf to the high-end designer classics from the likes of Daniel Bitnar. (Daniel and Michael Soddy are my wonderful neighbors, so, yeah, I’m partial, but, still, that man’s an award-winning genius with tulle, sequins and imagination.)

Like the Zombie Bike Ride, the locals parade was a joyous, family-friendly event that made bystanders cheer and wonder if, we, too, ought to consider marching again. )Nah. I’ll leave the participation to younger folks, but perhaps costumes-with-friends for next year?)

They’re successful because they are accessible to everyone, including those who use assistive mobility devices. Their foundation is that cliche, “good, clean fun.” There’s alcohol but drunk-out-of-control isn’t even much of an afterthought. The bars are far away and over imbibing during a long bike ride or sweaty walk isn’t appealing to most participants. There’s a handful of colorful naked beasts (I will never understand the lure) and the occasional marginally covered genitalia, but those won’t send overly-wrought sensibilities (or children) into therapy.

Fantasy Fest | What to do next year

Which brings me to the Saturday night parade. About half its length from headier days, the parade’s local floats and walking entries were wonderful. But there were justifiably raised eyebrows at the prime sponsor’s seemingly block-long beer truck and the dearth of much to watch. A friend told me he watched the parade from Duval and was home in bed across town on his bike within 90 minutes.

In years past, the parade WAS Fantasy Fest. Since the beginning in 1979, everything else grew around it. The pet parade. The smallest parade. The Fantasy Fest Market. Goombay. Fantasy Fest went from a single parade on Saturday night to almost two weeks of, first, fun and then as the years piled up, days upon days of sad, tired, wilted debauchery on Duval Street that we came to hate.

After a hiatus for Covid-19, it’s understandable that the Saturday parade might flounder. And, there’s this: Do Key West locals have the capacity to sustain the Saturday parade? It’s one thing to whip up costumes for Zombie, Tutu Tuesday and the Masquerade Parade. It’s altogether a different proposition to build floats. That’s thousands of dollars, countless volunteers and a year’s worth of work. And it’s not like we have big, ol’ warehouses in which to store them.

Maybe we should ditch the Saturday night parade and expand the Fantasy Fest Market (it was nice at the waterfront, but really too small to be a draw) to include an arts and crafts show and move it back to Duval for the day. If locals want to build floats, we can add them to the beginning, middle and end of the Friday locals’ parade. But, please, no beer trucks. 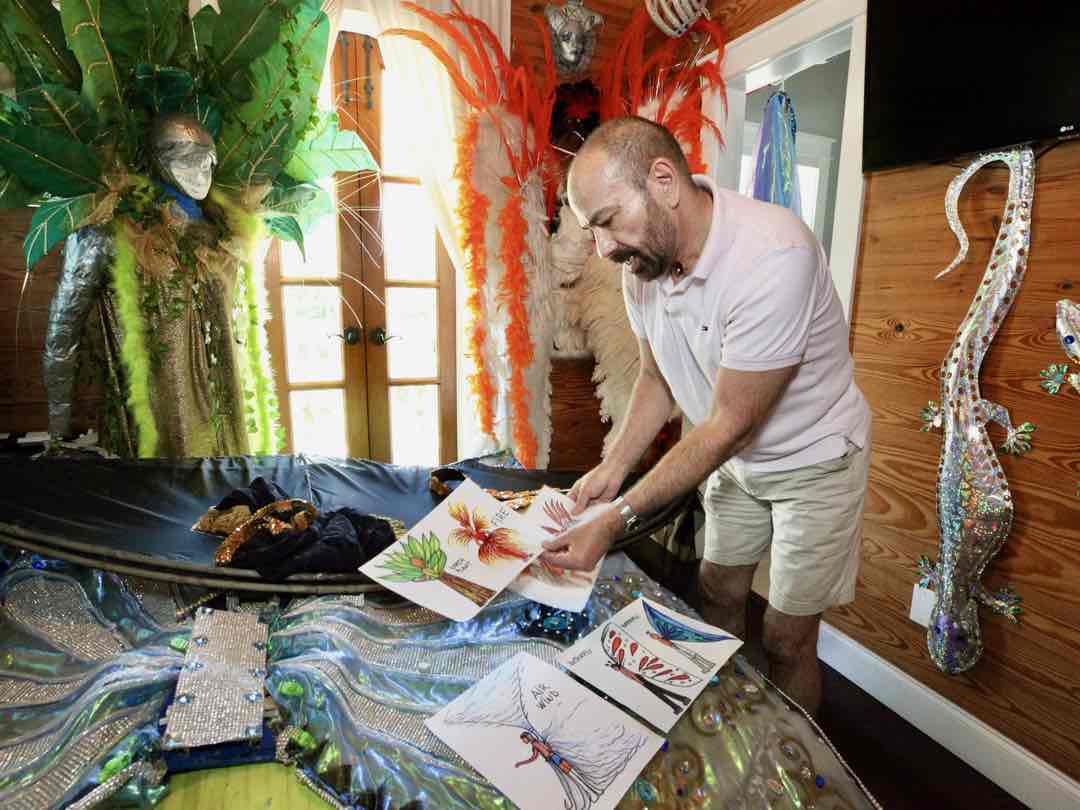