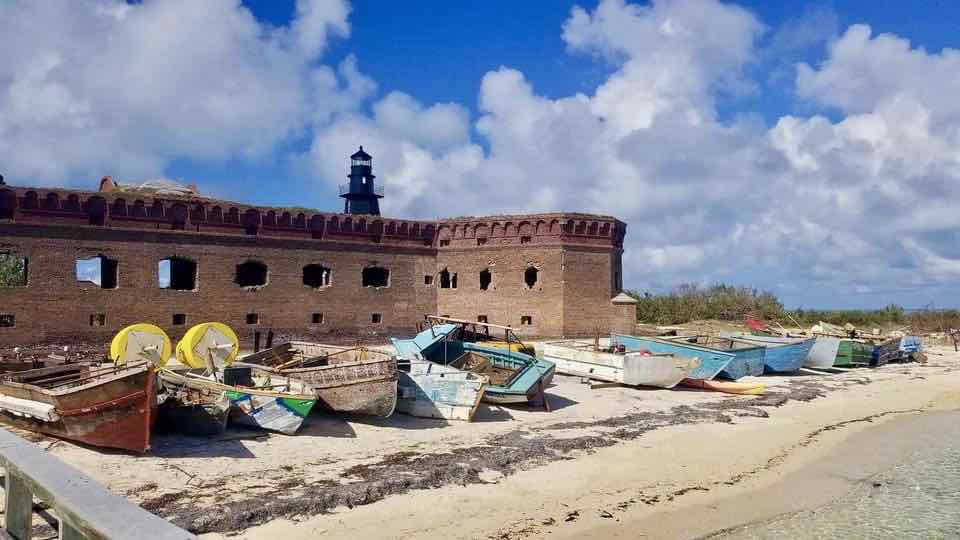 Cuba and the Keys | Wrestling with frustration, failed politics and compassion

Diana Nyad staggered out of the water and onto Smathers Beach on Sept. 2, 2013, after a grueling, non-stop, 53-hour, open water swim between Havana and Key West. She was 64. It was her fourth attempt to complete the 110-mile swim across the Straits of Florida.

Two days; six hours. And, while I should have dropped to my knees as I watched this relentless swimmer grab her dream, I reserve that respect for the thousands of Cubans, who over nearly six decades, have put to sea in their chugs, cobbled together rafts and boats, to escape Communist Cuba.

My point, though, isn’t that Nyad had it easy; she didn’t. It’s that Cuba is so close to the Keys that we’re next door neighbors. Back before Castro and the awfulness that followed, a short weekend to visit grandma for Sunday dinner was just normal. Generations of families are linked by the Florida Straits.

Since the early 1960s, about 1.7 million Cubans have emigrated, most of them making their ways to the Keys, Key West and South Florida. Over the Christmas and New Year’s holiday weeks in 2022, at least 600 Cubans came ashore in the Keys and Fort Jefferson, overwhelming local, state and federal resources.

We saw them. We saw the chugs beached at Fort Zach, at Fort Jefferson, along Smathers. We saw them in Key Largo and Islamorada. Many we didn’t see as they melted into the darkness or were found by friends and family.

And, they overwhelmed us.

Chugs come ashore at Fort Zachary Taylor State Park. This one was in October 2022.

Florida Gov. Ron DeSantis deployed the National Guard to Monroe County just days after Sheriff Rick Ramsay on Jan. 2, made it clear his department was running short on resources to manage and transport hundreds of Cuban and Haitian refugees.

Rhetoric runs hot. Blame-gaming rises to an art form. I can’t read the public statements without cringing. It’s hard for me to read DeSantis’ executive order deploying the National Guard and not weep at the angry dog whistling. I am heartsick at comments in the Facebook group “Dry Tortugas Camping,” the most compassionate of which is along the lines of “how dare these greedy illegals wreck my vacation.”

Cuba and immigration: What can we do?

And, yet. We don’t have the resources. Not local. Not state. Not federal. Not from religious organizations and not-for-profits. Not for the people who make it here nor for those patrolling the open water. Not for sending them back. Not for removing the chugs.

There is blame enough to share. And, if we agree to replace passion with compassion, we can fix this mess.

First we have to relinquish that Devil-inspired desire to win by beating the other guy to death. That’s how our political rhetoric is these days. If we spent as much time feeding a child and clothing her mother as we spend yelling at each other and rolling side eyes, we’d not have a “border problem.”

Actually centuries of failed immigration policies brought us to this impasse. And, the past six decades churned the waters between Cuba and Key West into a relentless storm.

In 1963, legal travel between the two islands stopped, as the Soviet Union and the United States waged proxy war via Cuba. The exodus began. Thousands were exiled; some came legally through various visa initiatives; thousands more over the decades found their ways here on chugs, mostly to the Keys, Key West and eventually to South Florida. Virtually all had extended family connections and friends awaiting them. They eventually assimilated, found jobs, education and citizenship.

The “Deshielo cubano,” or Cuban thaw, began in December 2014, under then-President Barrack Obama, who loosened travel, trade and economic restrictions. In January 2017, Obama halted the “wet foot; dry foot” policy, which had been in place since 1995. Cubans who made it to dry land could no longer become legal permanent residents after one year. In 2017, then-President Donald Trump re-instated the travel, trade and economic restrictions.

On Jan. 5, 2023, President Joe Biden toughened U.S. border policies, making it more difficult to cross into the U.S. illegally and increasing visas for those wanting to come legally.

The past three years have destroyed living conditions for Cuba’s people. Violent government crackdowns on dissidents. Covid. Virtual famine except among the wealthy and government-connected. Rationing of electric, water and medical care. The devastation of Hurricane Ian in September.

Cuban stateside families send supplies and money when they can but it will never be enough. And, so on Facetime and in texts there’s encouragement: Come on here. Come home. We’ll help. Somehow. That’s what family does.

The rest of us can start with this pledge: No more side eyes. No more pointed fingers and chain-yanking sound bites. No more news releases that are barely veiled political broadsides. Just this: How can I help?

What happened to the ones who came in over holidays?

What happened to the hundreds of migrants who landed in the Keys over the past two weeks?

The Coast Guard says they returned 907 migrants this past week and returned 293 to their home countries.

Also, in the comments I put the links to the Jan. 5 briefings from the White House and Homeland Security, plus the federal governments new process for Cubans, Haitians, Nicaraguans and Venezuelans.

This past week, Coast Guard cutter crews repatriated 824 Cubans to Matanzas and Cabanas, Cuba, and 83 Haitians to Cap Haitien, Haiti.

A Coast Guard crew also rescued 17 Cuban migrants stranded on Elbow Cay, Bahamas, and transferred them to Royal Bahamian Defense Force authorities for removal at the request of the Bahamian government.

Migrants caught at sea were transferred to Coast Guard cutters, where they were provided humanitarian care including food, water, shelter and any basic medical attention they needed.

“Migrants without a legal basis to enter the United States are repatriated to their country of origin or departure,” the Coast Guard said Friday.

“We urge anyone considering attempting the always dangerous and very often deadly illegal maritime migration routes to not risk their lives by taking to the sea,” said Rear Adm. Brendan McPherson, commander of the Seventh Coast Guard District and director of Homeland Security Task Force – Southeast.

“Our HSTF-SE crews will rescue and repatriate anyone trying to enter the United States illegally by sea. Southeast maritime border incursions will result in your removal and ineligibility for legal

The White House and Department of Homeland Security recently announced new, legal pathways for those wishing to come to the United States.

Cubans and Haitians who enter by sea will be placed in removal proceedings and will be ineligible for the parole process as a result, the Coast Guard said.