Key West Island News connects Key West residents and friends of the island; fosters our One Human Family culture; and advances understanding of shared goals for our island community

How does one move to Key West? There are lots of toss-off answers, like “marry rich” or “rob a bank,” but I decided to take this seriously. Here’s how one prepares to move to Key West.

Why would you leave?

Everyone dreams of living in Key West, a place where everyone knows why you’d move there. What most folks rarely stop to think about: Why would anyone up and leave? And they do. Lots of them.

Did you know you head east when you drive to Miami? Not north. East-northeast. And mostly east. Trust your eyes at sunrise. Well, except for a couple of stretches like that right turn in Big Pine, which is due south.

If you want a happy-face spin on the state of Key West sargassum 2022, you best look elsewhere because -- wait for it -- Mary, Joseph and the Wee Donkey, that black, decaying algae is piled up past my thighs, the off-beach waters are a gooey chocolate sludge and...

END_OF_DOCUMENT_TOKEN_TO_BE_REPLACED 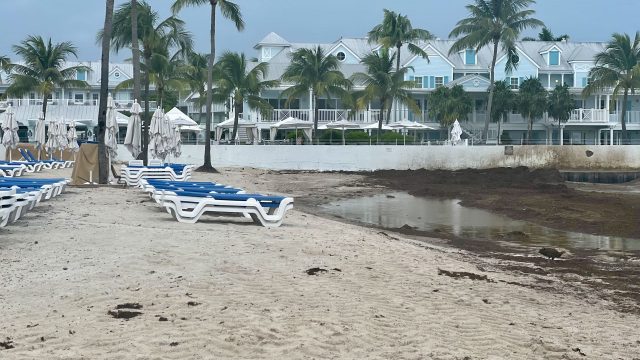 What's up in Key West?

You could spend all day searching for news about Key West and the Florida Keys. Or you can bookmark Key West Island News. Get the latest news, Facebook posts and information from the sources WE trust.
Key West news

What's up in Florida?

There’s always something to do in Key West. Let us help you plan the perfect visit or welcome your guests. And, if you’ve forgotten how wonderful living here really is, we can help you jumpstart your love affair.
Things to do 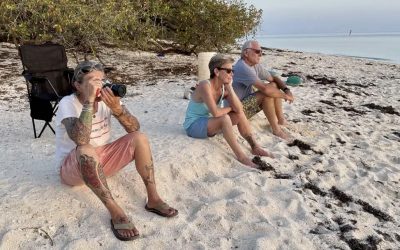 During Covid, camping at Fort Jefferson had become akin to Disney World crowds but without the amenities. Not only was the ferry booked out forever, but anyone who could beg, borrow, charter and (perhaps) steal a boat was headed to Fort Jefferson with a sleeping bag and some charcoal. Is it still worth the hassles?

END_OF_DOCUMENT_TOKEN_TO_BE_REPLACED 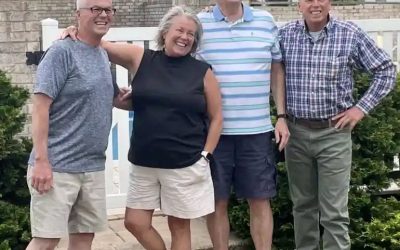 Key West doesn't make the best places to live lists. That's not surprising. There are at least five reasons we're never going to see our island on those lists; I'm good with that. You probably are, too. We know that despite our warts and wobbles, anyone who has loved Key West -- and had the island love them back -- never strays far -- even if their home address is, well, not here. I call it the...

END_OF_DOCUMENT_TOKEN_TO_BE_REPLACED 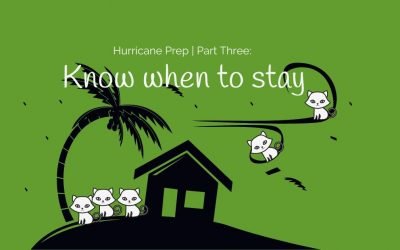 Four kinds of people ride out a hurricane: Those with no where to go or no one to take them. Those whose clueless bravado having weathered a tropical storm or two leads them to believe hurricanes are just a bit more windy. Those who missed the evacuation window and get stuck. And, those whose Key West hurricane recovery jobs require they stay (and I'm not talking about your favorite bartender or...

END_OF_DOCUMENT_TOKEN_TO_BE_REPLACED 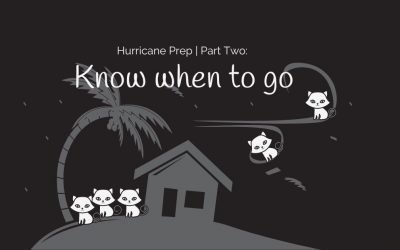 When a mandatory hurricane evacuation order is issued in Key West and the Florida Keys, how do you know when to go and what to do? We’ll help you decide.

This is Key West's South Beach at the end of Duval Street this morning. I was saddened by this horrific mess, apparently not a priority for either the City of Key West or developer/partner Michael Halpern. I understand the impossible task of managing summer sargassum, but this is outside any "we're trying" explanation. Given the condition of the beach and the condition of the pocket park, this once vaunted partnership has become -- at best -- an embarrassment. Honestly, the way it looked today, I'd prefer it was the decrepit dead-end street of before. The beach is owned by the city, which has a public-private partnership with hotel owner Michael Halpern, who promised to be a good steward of what is a shared space that turned the city-owned street into a public walking park. I took these pictures Tuesday morning, Aug. 9. Ranger Ed and I spent a couple hours this morning checking beaches for sargassum, which I'll be writing about in my column later this week. ... See MoreSee Less

Mother Nature at work, it will be fine. ☮️

The mayor is very focused on making Key West more family friendly. How are families supposed to take their kids to play on the beach in that mess..not to mention the smell. 🤮

Gimmie a spot to live an I would clean it!

I can smell that picture!

I can imagine how stinky that must be.

Dang. GET THAT MESS cleaned up. WE WILL BE THERE NRXT WK. 🤮 YUCK

Just go to the bars until they clean up

That’s what happens when you remove mangroves to make beaches that aren’t natural 🤷‍♀️ sargassum nourishes beaches, feeds wildlife, and supports shoreline stability in replacement to what has been removed. Better than your 1.5 mil condo being swept to sea

It’s naturally occurring. Since the Native Americans were on the island. It’s called Sargassum and it comes from the Sargasso Sea just south of Bermuda on a southerly wind. They don’t clean it up right away because it’s important to the environment AND it’s a monumental task. It just keeps coming. It’s part of life in the summer here. Stop being so quick to blame people and understand the history and why it happens.

It’s still cleaner than Smather’s and Higgs though

I cannot imagine that smell

That’s why I never stay on that side of the island…sad bc there are such beautiful resorts there but I refuse to smell that odor.

TDC provides funding for Beach Rakers (I believe that's the company) to clean this area and Smathers, too. I have no knowledge as to how often they are required to do it but the City should know...they negotiate the contracts and request the funding from DAC I. I also don't know what, if anything, the hotel is supposed to be doing to help. If I think of any more info, I'll share it with you. Thanks for checking into it! Please keep us posted!

Every island in the Carribean is dealing with this problem. it growing down off the equator now. come September it will be gone till next June. live with it.

You can make every effort to turn this into some anti business bias all you want, the real answer is that it’s impossible to keep up with right now. As fast as you scoop it up more arrives, especially on days like today with winds out of the south.

I’m a fan of the new Key West Airport departure gateway due to open in October 2024. I know a lot of folks hate that expansion because, they say, it replaces quaint and real with concrete and dreary. It sorta does. Or because expansion will bring more people. Doubtful; they’re coming anyway. Or because the increase in flights rattles windows in Old Town. It does; mine, too. In season, between commercial flights and the ginormous number of private flights, I really do hate planes.

But we need that expansion with its jet bridges. ... See MoreSee Less

I still miss when the baggage handlers threw the luggage through the plastic strips onto the terminal floor.

The charm gets lost 😩

Yes, we do. Looking forward to it!

So sad , someone wants to turn KW into the new mini south beach..smh

Another example of the out of control tourism that’s destroying this community. More tourism = more vacation rentals = more families out on the street.

No, we DO NOT need this.

And still, where are the workers for this new expanded airport going to live? Why is it always the cart before the horse.

Not and never will be a fan. Why not put turn stiles, and admission booths at the triangle and call it Key West World.

Who is going to serve all these added tourists when there’s no where for us to live?

odd? you just dismiss half the argument. does that make it so? more passengers coming enticed by tdc. more airlines and more flights enticed by the airport. it’s the some old monroe county/key west story, let’s create the problem then jump up and down screaming for a resolution. the airport has “being able to board and deplane more passengers quicker” as part of the given justification for the expansion.

EYW has been an overcrowded hellscape for at least a year. It almost makes me wonder if they've done this on purpose to soften the opposition to airport expansion. But I'm still on team "walking across the tarmac is the best part of arriving in Paradise."

More over reach from the Keys' Tourism Oligarchs!

Belize is the new Keys!

Who approved the expansion? I can’t seem to get an answer. Too many tourists, too many flights. Greed glut rules😓

And I disagrees. With the number cancellations, there is no need for more flights. We have no housing for the employees . If your booked your booked. No need to set up a table near the dumpster for 10$ extra

When we first came, the airport was open through the bar. Chickens were wandering in and out. We had landed in our most favorite place. And it still is and will continue to be.❤️

Just miss our wonderful old airport from earlier days when you left the DC-3 to enter the fresh air lobby and Diamond Lil at the restaurant opened air bar and your luggage being throw through the opening into lobby from outside and Bob Kelly(head of FBI) checking out who was arriving from Cuba on that 10-10:30 flight!!! ( that is why it was called an international airport!!!!) Those days were when Key West was at it’s best!!!!

Sure will miss the walk in from the plane.

If it isn't broken don't fix it! I have been to Key West several times and love the experience of flying in and landing, stepping off the plane and walking that walk into paradise! <3 <3

Who we are: We are a Key West-owned digital news and information company that uses a community-support model to sustain our news, information and connections mission. Our funding comes from our local and off-island subscribers, select advertisers and investors. We are governed by an advisory board comprising residents and journalism and community-building professionals. Editor and publisher Linda Grist Cunningham owns KeyWestWatch Media LLC, which publishes Key West Island News.

What we do: We do original reporting and aggregate information from trusted news sources in Key West, the Keys and the state of Florida. We choose our trusted sources carefully to ensure accuracy and useful information.

Why we do it: We believe Key West needs a comprehensive, trusted source of news and information —  a single place where residents and friends of Key West can find what they need to know each day.

“Key West is an amazing canvas”

Key West chef and photographer Martha Hubbard walks the island each morning. For years she has shared with her social media friends a photo or two to start the day. Now she shares her photographs exclusively with Key West Island News. From pounding waves off the White Street pier to a Royal Poinciana bursting red, Martha’s photos are a stunning reminder that we live in a canvas made new every day.

Contemporary artisan ceramics and photographs crafted in Key West | Follow the latest news from our gallery! We love sharing what we’re doing in the White Street gallery — and we welcome you to stop in when you’re in the neighborhood.