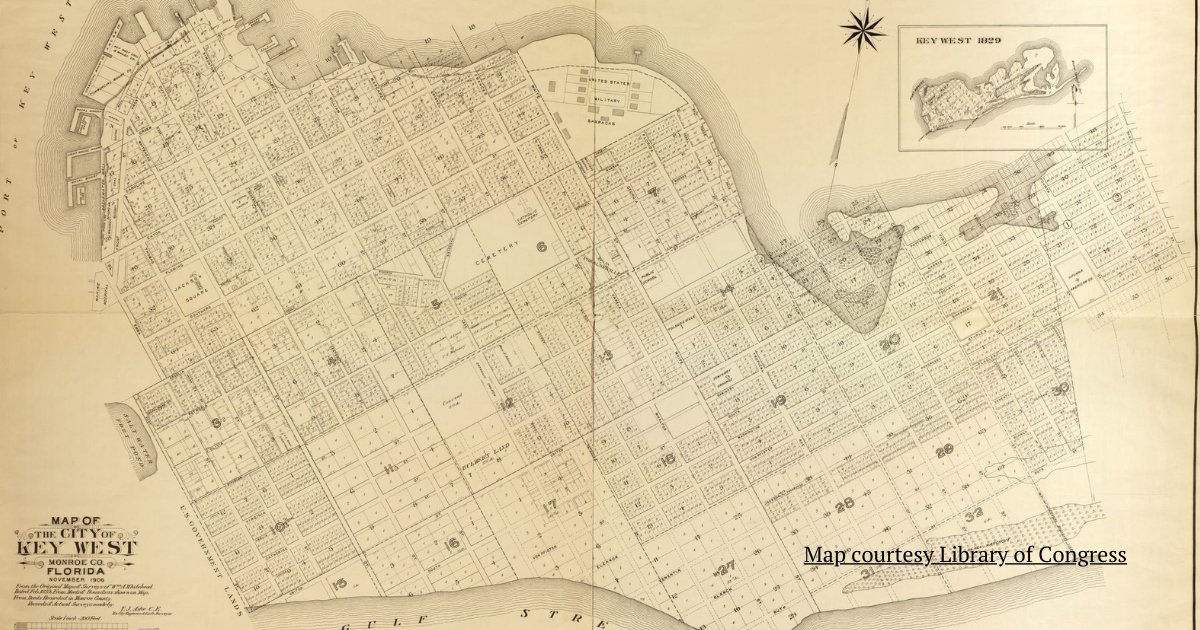 Key West street grid: Do you head north to Miami or east?

Embarrassing though it is to admit it, I’m one of those geographically challenged people who, yeah, gets lost in a paper bag. Eyes roll and sighs escape when a frustrated Ranger Ed says things like “just head north.” North? How does one do that when the streets don’t align with the compass? You know, the sun’s on your right when you’re going north. The best I can do is find sunset, which means west or close enough.

The blame for Key West’s iconic weirdness, I think, can be laid squarely on the northwest-of-north street grid. One’s brain, or at least mine, demands that up is north; down is south; across is east and west. And that is most certainly not Key West. It’s not much of an imaginative leap from irregular compass points to off-kilter folks. Our brains spend an inordinate amount of energy recalculating our locations.

A big chunk of my life was spent on the East Coast where streets, especially in the oldest mountain and farm towns, took meandering to an art form. There were West Virginia switchbacks that made corkscrew macaroni look like uncooked spaghetti. Even Manhattan with its fastidious and only slightly off-kilter east-west-north-south grid can get pretty squiggly down in the Wall Street and Village districts. I could pretty much keep the sun on my right when heading north up the Garden State Parkway or on my left down the Jersey Turnpike.

Living in Illinois for two decades was a mind-altering relief for this directionally impaired girl. Everything was straight. Everything ran east-west-north-south. I knew when I turned right, I was going east or west and could keep going until I hit the Rogue River-Siskiyou National Forest or Plymouth, MA. I could head to Champaign for the day, watching the sunrise on my left, turn around and watch the sunset on my right. (Speaking of which, with apologies to Key West sunsets, I gotta tell you, those Interstate 39 sunsets through the heart of Illinois are worth pulling off the road.)

The Key West street grid, first platted in 1829, had one purpose: Make it easy to haul stuff to and from the docks at the far northwest corner of the island. Pretty much, except for Front Street, which takes a dogleg around the seaport, every street in Key West is straight as the proverbial arrow. Duval and Simonton dead-ended at the docks; Whitehead at the dogleg of Front.

Makes sense considering shoreline commerce was Key West’s economic driver. Little changed with the 1906 map; streets were extended with some workarounds for the cemetery in the middle of the island. And Angela, always intended as a cross-island street, like Olivia, was stopped at White Street once the burial grounds next to Perry Court were discovered.

Except nothing runs true. North is slightly to the right of the island’s grid. That makes the up-and-down streets run northwest and southeast and the cross-island streets, like Truman, run southwest and northeast. All of which, by the way, makes an imposter of that red, yellow and black striped Southernmost buoy at the corner of Whitehead and South. Fort Zach’s beach is farther south (though my brain GPS says west). If you can wrangle an invitation to the Naval Air Station at the end of Truman, you might be able to get even farther south.

I wish I could ask William Adee Whitehead (of those Whiteheads) what he was smoking when he laid out the town map. Surely he could have found a way to make the streets run true north-south-east-west — and still accommodate ships, docks and assorted commercial ventures. That way, if you’re coming into town on Truman, you’d be headed due west, not making a hard southwest slant.

Had enough? Just one more directionally-induced weirdness. Why is the seaport area called Lower Duval? Shouldn’t Upper Duval be up at northerly end around the seaport, rather than down at the Southernmost buoy? I know it’s about street numbers, but, darn that’s just weird.

Oh, and you do know, right, that you head east when you drive to Miami? Not north. East-northeast. And mostly east. Trust your eyes at sunrise.  Well, except for a couple of stretches like that right turn in Big Pine, which is due south. My head hurts.